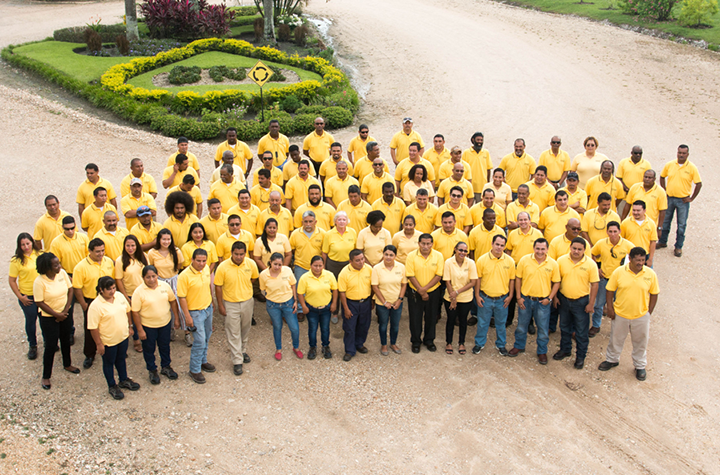 What if there was a holistic model, one that had unity at its core, its premise being that at the heart of each and every human being we are all one/the same?

What if we knew that our inherent essence is about unity and innovation and collaboration and goodness?

What if that model had a profound understanding of human nature and the brilliance of the unified mind as the very basis from which, when it is applied, the results are generated?

What if that model can be learned by anyone, anywhere to bring about new solutions beyond the conventional rational answers that might have been derived from analysis and logic?

That model exists. It is called the Educo Model, taught and presented at the Educo Seminar by Dr. Tony Quinn.

Is There a Way to Mine for the Renewable of all Renewable Energies – the Power and Potential Within?

What if each and every one of us could learn how to draw from within ourselves the latent, innate power and potential which make the difference in finding solutions to our current problems and bring about equality and unification in balance and harmony with the nature of our world?

A Tangible Example of Unity in Action

As co-founder and chairperson of Belize Natural Energy (BNE), this is what I did, which resulted in the discovery of oil in Belize in 2005 on the first strike, where conventional thinking and analysis concluded there was none. I realized that as a geologist I had studied the earth, but nowhere in my education was the capacity of our mind explained. I was asked how I came up with the idea and creation of “The International Pavilion,” inviting the countries of the world to exhibit their oil and gas potential at the American Association of Petroleum Geologists (AAPG) Convention in 1994, and I realized I could not explain! At the same time, a famous oilman named Wallace Pratt was often quoted by presidents of the AAPG as saying, “Oil is found in the mind . . .” yet no one seemed to want to follow this advice and understand the mind and how mindsets are formed.

The unified mind (conscious and unconscious working in perfect harmony) naturally leads to the falling away of old, outmoded mindsets, especially fear and self-doubt, including the mindsets of prejudice and limitation.

Culture of Inclusion and Collaboration

For BNE and its employees, who are also educated in the Educo Model, the resultant culture is about inclusion, expansion, innovation and creativity. Beyond profit for personal gain, the culture naturally leads to expanding into far-reaching projects, impacting communities to bring about transformation and success in terms of awakening others to their birthright potential. Not only is the Educo Model at the core of the success of BNE, which has been the number one revenue generator over the past 12 years, but is also reflected in crime reduction (by 52 percent in one year in the capital city Belmopan, as reported by then-police senior superintendent, Howell Gillett); entrepreneurialism (Elsia Pop winning the Princess Diana Legacy Award); and education (BNE winning the GetEnergy Award, beating 42 other countries for “Learning at the Core” in 2013 and again in 2017 for the lasting empowerment of a nation competing against 50 countries such as the USA, Canada, the UK and Malaysia).

There are issues we must address in our world, including those of inequality and prejudice. What if the answer, as Buckminster Fuller so wisely said, is, “You never change things by fighting the existing reality. To change something, build a new model that makes the existing model obsolete.”

For more than 12 years, BNE has proven the effectiveness and validity of the Educo Model.

A Call to Action: A Murmuration of Solutions Around the World

What would be possible for you, your life, your community and our world if we all embraced this new model today?

What would it be like to live in a world where we celebrate, encourage, collaborate and innovate; in which our mindset is one of unity and expansion and creativity for all where we naturally consider and honor each other and our planet?

When we learn how to unify our divided mind through a series of replicable, repeatable steps (the Educo Model), the striving and the struggle cease and we access a higher order of thinking and being from which all else naturally follows.

Consider what this would mean. Solutions beyond what we can logically conceive, moving us from doubt and fear to clarity and unity. All of us – one human family – moving together (a murmuration) for the good of all.

The Magic in You 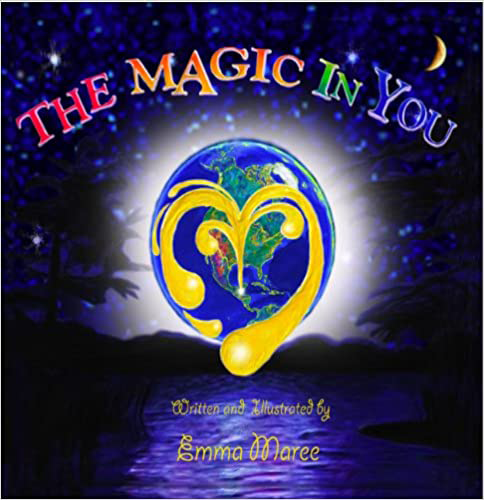 “Hello! Are you the man who believes that there are magic rivers of liquid gold running underneath Belize? My name is Susan and I have a special way of knowing if there is magic hidden in the ground just by looking at the rocks. Why don’t we have a wee look?”

Mike was amazed that this happy lady, who always jumped into everything with enthusiasm, was bursting to help him!

So, Mike and Susan joined forces and looked at all the rocks in Belize. Mike was overjoyed that he had now found a kindred spirit in Susan who shared his dream for the country.

After looking at rocks for many years, Susan told Mike that she, too, was absolutely certain that the magic was underneath the ground and that she would help for as long as it took to bring it up!

But Mike had notice something else in Susan, too.

“The more I get to know you, Susan, the clearer it becomes that you possess some sort of magic inside of you! You’re different to most people I know. What is it?” Mike asked his fellow friend.

“You know Mike, I’m glad you asked me that,” she smiled.

“I can tell you the answer. You see it’s not just underneath rocks and in the heat of the sun that the energy in the magic of the world lies, but inside each and every living being on this earth shines a very powerful light that is unlimited.”

Immediately Mike felt a little tickle in his stomach. He was as sure as Susan spoke these words that they were [the] truth! He straight away believed that this energy inside of him was just like the oil underneath Belize.

Excerpted with permission from the author of The Magic in You children’s book written and illustrated by Emma Maree. Available on Amazon U.S. and U.K. To learn more about what inspired Maree to write the book, watch this video clip https://fb.watch/56w3d8HJdI/. 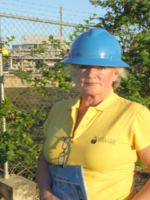 Susan Morrice is the co-founder and current chairperson of Belize Natural Energy (BNE), which has the Educo Holistic Business Model at its core. This was the vital difference that enabled Morrice (and her business partner, the late Mike Usher), against all the odds, to discover the first oil in Belize in 2005 with and for the people of Belize and in balance and harmony with nature.

BNE won the Green Award and the Global GetEnergy Award for empowering the people of Belize, has consistently been the number one revenue generator in Belize and has inspired world leaders, resulting in a major trade agreement being signed with the United Arab Emirates (UAE).

Morrice earned a degree in natural sciences from Trinity College, Dublin, Ireland, specializing in geology. She was awarded the Norman Foster Outstanding Explorer Award and the Presidential Award for Exemplary Service by the AAPG in recognition for her work in geoscience.