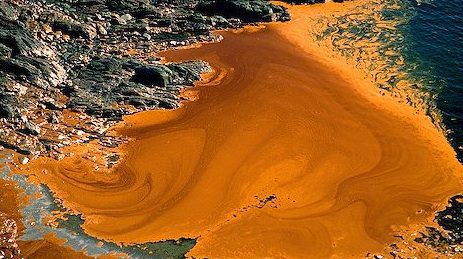 “Necessity is the mother of invention” Plato

NEW YORK, NY: With the rising number of maturing onshore oilfields in the recent years, exploration, and production activities (E&P) in the Permian Basin has declined and the oil and gas industry is shifting toward deeper regions in search of oil and gas, in order to meet the increasing demand.

Mordor Intelligence Research shows that according to the International Energy Agency (IEA), the share of offshore active rigs out of the total active rig count in the United States grew from 1.8 percent in February 2019 to 2.5 percent in October 2019. Moreover, there has been significant growth in the deepwater exploration and production (E&P) activities which, according to IEA data, accounted for 50 percent of the discovered oil and gas resources from 2008-2018. Deepwater gas production is also expected to account for 50 percent of the 700 billion cubic meter (bcm) rise in offshore gas production by 2040, compared to that of 2018.

In 2019, the number of final investment decisions (FIDs) is expected to increase by around 10 percent compared to 2018. Offshore oil and gas reserves accounted for the majority of FIDs in the last three years. The global deep-water liquid production was expected to reach 10.3 million bbl/d in 2019, an increase of 700 kbbl/d over 2018. This rising deepwater offshore development activity, to meet the increasing crude oil demand, is further expected to drive the demand for subsea well access and BOP systems during the forecast period.

Ian Thom, Research Director Middle East Upstream Wood Mackenzie, sees the need for continued upstream investment, saying “to meet our demand forecast under our baseline scenario, a cumulative US$12 trillion of investment is required out to 2050.”

Blowout Preventer (BOP), is a large, specialized unit weighing up to 400 tonnes, used to prevent an oil spill from occurring. When the BOP fails, a disaster could be imminent. The Gulf of Mexico oil spill was the largest marine oil spill in history leading to the loss of 11 lives and liabilities in billions of US ($60B) dollars. Subsequent analysis of the BOP determined that multiple systems failure occurred. The drilling pipe buckled, and the set of massive rams designed to seal the drilling pipe failed. Sedimentary particles propelled by high velocity and volumes of pressure hastened erosion and weakened the pipe. As the events at Deepwater Horizon played out, it became evident that increased efforts in real time monitoring is required to minimize the chances of such accidents from occurring again.

In 2016, US regulations mandated the requirement of well real-time monitoring for all blowout preventers operating in the Gulf of Mexico. Adding to this, IEA has estimated that the share of deep water in total offshore production is expected to rise to 30 percent in 2040, from approximately 23 percent in 2018. Source: (Mordor Intelligence)

Protection against similar failures is now possible, through the SmartBOP™ Blowout Preventer, being developed by the Black Gold Technologies Corporation, a New York State Corporation. It is an efficient digitized solution in preventing catastrophic oil spills, preserve the ecosystem, safeguard marine and wildlife, while maintaining reusability of the wellbore, securing the sustainability of the infrastructure, and foster capital efficiencies all around.

It was designed by Ruth Ibanez, Black Gold’s President and CEO, who now holds two US patents for her invention in structure and method. US Patent 9109430 and 9850729, respectively. The SmartBOP™ is designed to meet the demanding challenges posed by ultra-deep water, high-pressure/high-temperature reservoirs.

An understanding of how fluids behave, compounded with tremendous volumes of pressure in closed and open spaces, inspired the design of the SmartBOP™, which proposes to be the standard solution to existing problems.

Ruth Ibanez describes the events that led her to design the SmartBOP™ blowout preventer: “I was watching the news coverage of the Gulf of Mexico oil spill, hearing from the authorities that there was no solution, and that they reached out to experts from around the world to no avail. I watched people on board a ship trying to vacuum the oil off the water, and was bothered by the spectacle, the impact on the team working on the ship and the community along the shorelines.”

“I was dreading the repercussions on marine life and dangerous fumes in the air, the sludge carried by the surf following wind direction, and so on. It was a disturbing sight. I turned on my computer and started drawing. I understood that an explosion follows when Volumes of Pressure build up in a closed and constricted place as a normal process, a quantifiable given. So, I designed a unified system that will seamlessly diminish the power of Volumes of Pressure at well kill, with the ability to transmit real time occurring events to a command-and-control center. The SmartBOP Universe™ was born.”

A chambers-based oil well head, the SmartBOP™ is unique in its stabilizing capability to manage velocity propelled volumes of pressure and proportionately allow hydrocarbons to flow to the pipe while seamlessly diverting the overflow to high capacity-chambers as well as subsea and surface containers. The process eliminates volumes of pressure build-up at well kill or at any given time. Managing the erratic and unpredictable extreme dynamics (extremely hot, fast, voluminous, eroding, and highly combustible) at the well head minimizes potential oil spills or explosions. This enables a risk-controlled flow of hydrocarbons through the riser to surface containers at the platform, floating production storage, and offloading oil tankers safely.

In the event of SmartBOP™ systems failure, multiple chambers and vents will intuitively open and allow hydrocarbons to flow and find their way into the chambers and containers, following the nature of fluid dynamics. Thereby reducing the possibility of hydrocarbons ending up in the environment or creating an uncontrollable fire.

Black Gold Technologies corporation will fully adhere to existing standard quality control and quality assurance protocols prescribed by the American Petroleum Institute (API) in utilizing the old and establishing new and enhanced conventions under their rigorous guidance and advocacy.

SmartBOP™ presents a rare opportunity in investment, strategic partnerships and a disruptive change in the oil and gas industry, the first since January 12, 1926, when the first ram type BOP was patented. To inquire, please contact Ruth Ibanez at 212 899 9992 or email ruth.ibanez@smartbop.com.