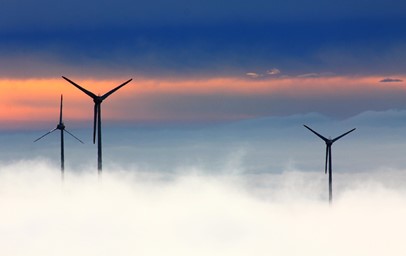 More and more people are now aware of the need to preserve the environment for future generations to be able to enjoy the world. To keep up with environmental preservation and protection, people are now looking for more sustainable sources of energy. Below are some of the types of renewable energy and how they can benefit the environment.

The sun provides various benefits, with its energy being converted to heat or electricity. The solar power enthusiasts behind the Sun Badger Solar suggest that you consider investing in panels that you can use to harness the sun’s energy that you can use to power up your home. While you may need to shell out a hefty sum upfront, you will be able to realize a significant amount of savings in the long run. In parallel to your savings, you will even be able to help foster the preservation of the environment. Solar energy can benefit the environment by rendering fossil fuels obsolete because of the former’s limitless supply.

With the use of turbines, the energy from the wind is captured and converted into electricity. Several types of systems can be used for this purpose, including commercial-grade wind-powered generating systems, as well as utility-scale wind farms and single-wind turbines. Because wind energy is a clean energy source, it won’t add any more pollution to the air, which is why it is considered to be beneficial to the environment. However, since wind farms are often built in rural or remote areas, they are generally far from busy cities where electricity is much more vital.

When it comes to hydroelectric power, the first thing that may come to your mind is a dam where water flows to generate electricity. The power produced is known as pumped-storage hydropower. Because hydroelectric power can be generated on either a large or small scale, it can power a big town or a small city without generating pollution. For this reason, it is an energy source that is good for the environment.

There is also the option to leverage the heat that is trapped beneath the earth’s crust to generate energy. In this case, this heat is captured through the use of steam that comes from the heated water pumped below the surface of the earth. When the steam rises to the top, it is then used to operate a turbine. Because this form of energy source is built underground, a minimal amount of footprint is visible on land. Aside from this, it also benefits the environment because it is naturally replenished.

Power from the Ocean

The ocean can produce both thermal and mechanical energy. The former relies on warm water surface temperatures while the latter uses the ebbs and flows of the tides to generate energy. The ocean produces wave energy that is quite predictable, making it a more consistent energy source compared to solar or wind. This proves to be beneficial for the environment because it can power the most populated cities near oceans and harbors without causing pollution. However, for those who are located in landlocked, this energy source will not be accessible. There is also a possibility that generating power from the ocean may disturb the delicate ecosystems present in it.

Hydrogen can be used for fuel or electricity if it is separated from other elements. From there, it can be used as a clean-burning fuel. Thus, you can expect that it generates minimal pollution, paving the way for a cleaner environment. Hydrogen can also be used to power an electric motor but it still needs energy to be separated from other elements. For this reason, it still yields a certain level of carbon footprint.

Finally, there is also biomass where bioenergy is derived. When biomass is burned, like when the wood is set on fire, energy is generated. On the other hand, energy can also be produced by harnessing methane gas that is generated when organic materials in ponds or landfills decompose. The use of biomass to produce energy is beneficial to the environment because it tends to create a balance. This can be attributed to the fact that the carbon dioxide produced by bioenergy is used for the regeneration of plants.

The renewable energy sources listed above are only some of the ones being explored in these modern times to foster environmental preservation. Among the seven, the solar energy source is already starting to be rolled out even in residential areas. This gives hope to a brighter future for a world that will still be enjoyed by future generations.