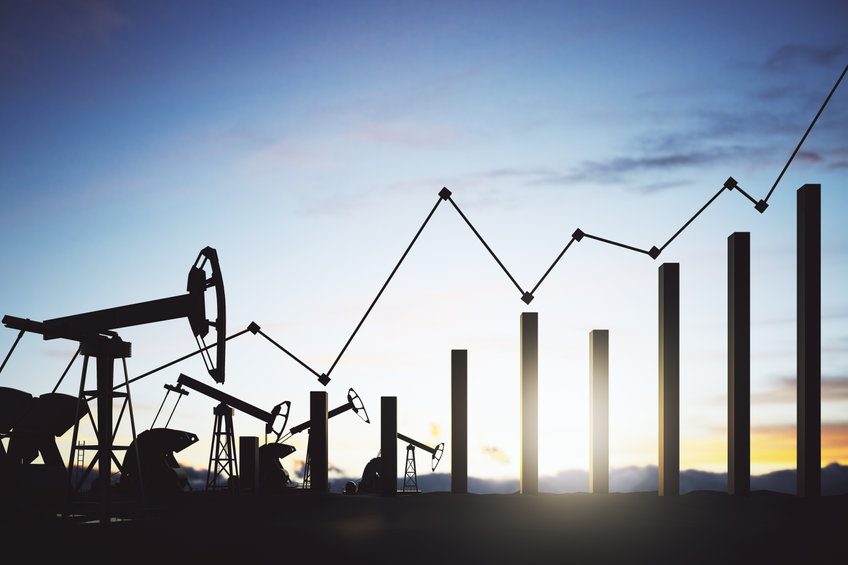 Even though roughly 10 percent of the crude oil and natural gas production in the U.S. has been lost during the past two weeks because of damage caused by Hurricane Ida, continued growth in demand is expected in the U.S. as the economy expands.

The Energy Information Administration at the U.S. Department of Energy expects the gross domestic product (GDP) to grow by 6 percent this year. Economic expansion in the U.S. and globally will create more demand for petroleum. EIA estimates demand for petroleum and liquid fuels increased in August 5.7 million barrels per day (b/d) globally to 98.4 million b/d.

Although consumption is expected to increase, EIA forecasts prices will remain flat around $71 per barrel for Brent crude oil.

Natural gas spot prices, on the other hand, have escalated this summer averaging $4.07 per million British thermal units (mmBtu) in August, according to EIA.

“We expect the Henry Hub spot price will average $4 mmBtu in fourth quarter 2021 as the factors that drove prices higher during August lessen. Forecast Henry Hub prices this winter reached a monthly average peak of $4.25 mmBtu in January and generally decline through 2022, averaging $3.47 mmBtu for the year amid rising U.S. natural gas production and slowing growth in LNG exports,” EIA said.

Approximately 80 percent of oil and natural gas production in the Gulf of Mexico remains shut in two weeks after Hurricane Ida.

Damage was extensive throughout the industry from production platforms to pipelines to refineries. About 1.5 million barrels per day of oil production, or 84 percent, remains shut, while another 1.8 billion cubic feet per day of natural gas output, or 81 percent, was offline, the Bureau of Safety and Environmental Enforcement said.

Reuters reported a total of 99 oil and gas production platforms remain evacuated on Wednesday, down from the 288 originally evacuated.

Five refineries in Louisiana remained shut on Monday, accounting for about 1 million barrels-per-day of refinery capacity, or about 6 percent of the total U.S. operable refining capacity, the Department of Energy said.

All three refineries in the Baton Rouge area and one near New Orleans have begun to restart, accounting for 1.3 million bpd of refining capacity, DOE said. However, the refiners will not produce at full rates for several days.

The U.S. Coast Guard said on Monday it was investigating numerous oil spills in and along the U.S. Gulf of Mexico in the wake of the storm.

The Associated Press first reported Wednesday aerial photos showed an oil slick spreading about 2 miles south of Port Fourchon, Louisiana. A broken pipe in relatively shallow water, at about 34 feet of depth, is suspected to be the primary cause.

How the Oil and Gas Business has Influenced Computational Advancements

Top Reasons Industrial Intelligence is the Future of Oil & Gas