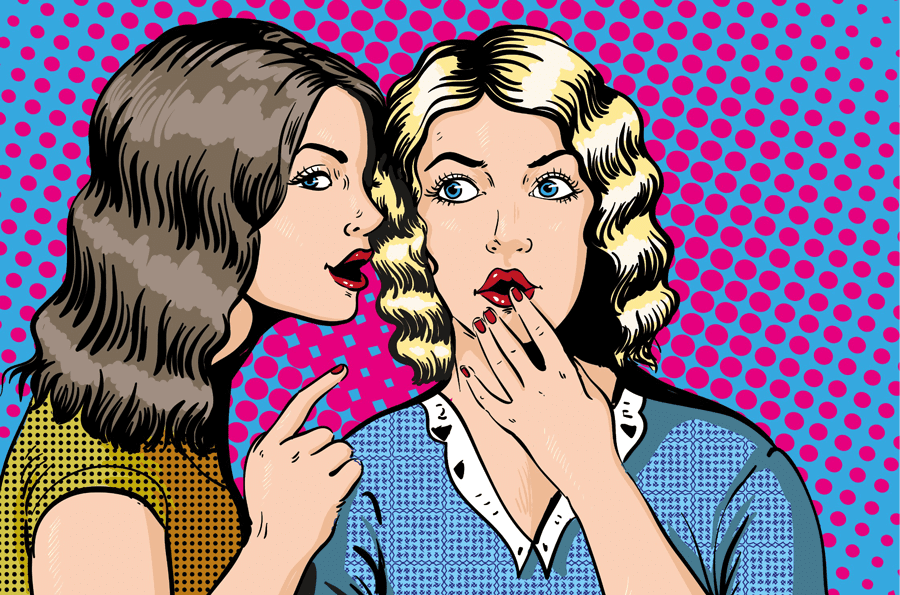 When considering what topics would be most interesting for this column, I realized the answer was in the Q&A portion of nearly every interactive workshop that I’ve run. During our professional development series, we often discuss how to navigate environments in which we’re underrepresented or perhaps “the only.” We’ll discuss managing conflict, understanding motivations, systems of power and hierarchy, and, of course, self-awareness. Inevitably, during the final portion, we’ll be asked about the elephant in the room – how women can “deal with” other women. Something along the lines of, “I think I’ve figured out how to handle men and I get along with them, but I really struggle with women.” I consistently hear the perception, sometimes mentioned in a shameful whisper, and sometimes with indignant conviction, that women don’t support other women. I hear it in workshops, coaching sessions and over coffee with friends. And reader, let me tell you, there is so much here to discuss! But it’s probably not what you think…

In fact, this topic is so deeply complex and fascinating that it can fill books. So, in this two-part series, we’ll focus on the following basics: What’s actually going on, why it’s happening, and what we can do about it. Before we can talk about the solutions, we need to understand the reality of what’s happening.

What We Think We’re Seeing

When we hear about women not supporting other women, we often hear well-worn terms like, “catty,” “passive aggressive,” “jealous,” “bossy,” “backstabbing,” and “difficult,” and some newer terms like “pulling up the ladder,” and “Queen Bee.” (That other B word isn’t getting printed here).

Characterizations like the ones above allow us to write off women, absolving us of further reflection. They center our own discomfort and focus blame on individual women rather than the structural and systemic influences that got us here. In fact, they play into damaging gender stereotypes and help to hold women back as a whole. So, the next time you hear one of the above phrases used about a female colleague, I hope you pause and think back to this discussion.

Unfortunately, many of us know the feeling of meeting a new woman in the workplace, both women likely wondering, “friend or foe?,” and setting ourselves up for tension. And yet we’re wary for a reason, and our perception of threat is not incorrect – it’s just missing the correct target. Perhaps we’ve been burned before. We’ve learned not to trust other women and, in turn, have propagated that behavior, so that other women have learned not to trust us. It’s an unfortunate cycle repeating through generations of women in the workplace.

So, what’s actually happening below the surface? There are real patterns here that deserve exploration. Oftentimes, these seemingly non-supportive behaviors are simply human beings responding to perceived threats or unmet needs in the only ways that they know how, i.e., people just trying to survive.

Let’s explore a few typical dynamics. (Caveat: The reality is these dynamics overlap and interact with each other in a variety of ways. Gender dynamics also intersect with other elements of identity, such as race, culture, faith, gender expression and socioeconomic status. Generalizations help us understand these concepts, yet each human and situation is unique.)

From a young age, women and girls are typically discouraged from assertively and directly verbalizing their needs or engaging in constructive confrontation. This leaves us with less direct means of response when our needs aren’t met. Sometimes, this could look like triangulating (i.e., involving a third party or talking behind someone’s back). Other times, it could look like exerting autonomy in more passive, non-verbal ways, such as the cold shoulder or quiet resistance. When you find yourself replying “Nothing,” to the question of “What’s wrong?” when, in fact, something is wrong, then it’s possible this dynamic is at play. 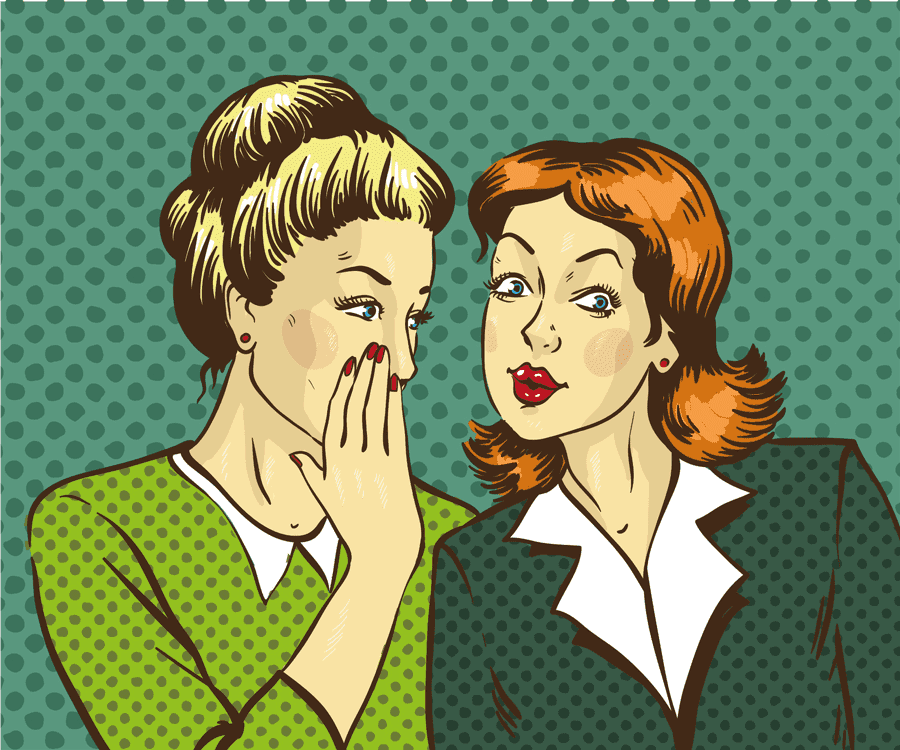 A concept popularized by Dr. Pat Heim in the book Hardball for Women, the “power dead even rule” refers to the flat social structures that young women and girls are socialized to maintain. These structures are built upon interwoven relationships rather than linear hierarchy, and they prioritize communal well-being over individuals. It’s not hard to think of examples of “ambitious” women being penalized (by either gender), for contradicting these societal expectations. See also: leveling mechanisms and Tall Poppy Syndrome.

If we suffered and struggled, then it’s not surprising that we may knowingly or unknowingly inflict similar patterns on women who seem to “have it easier,” or who are getting ahead faster, especially if we know that we’re being directly compared to the next women in line. As the old adage says, “Hurt people hurt people.” Instead of asking, “Why should she have it easier?” we can be asking, “Why shouldn’t she have it easier?” Most times, these fears are not even conscious, so catching ourselves in the scarcity-mindset trap is half the battle.

Only Room for One

When tokenism is at play, there’s often a perception that there’s only room for one (or maybe two) at the table. This sets us in competition with each other in a zero-sum game in which one woman’s gain is another woman’s loss. Next time we find ourselves threatened by another woman taking “our spot” we can pause to question why there’s only one spot.

We often hear about female leaders who are perceived to be tougher on their female employees or mentees. While there may be several dynamics at play including the ones already discussed, we also know that sometimes “tough love” is both well-intentioned and deeply misguided. Leaders who have endured hardship may feel that they’re preparing younger female employees for the world they had to face. We’re all about building resilience, but it’s only resilience if we come through the challenge stronger than before.

The women who have managed to succeed in sexist and patriarchal systems will often wittingly or unwittingly propagate that system. In her book, The Power of Perception, Dr. Shawn Andrews shares her research findings that “women at higher leadership levels tend to display more male-specific EQ competencies, such as assertiveness and confidence, and leverage less female-specific EQ competencies, such as interpersonal relationships and empathy.” This makes sense, since organizations rarely teach, encourage or reward women for displaying typically female EQ traits in leadership. And yet, we’ll often be more accepting of “edgy” leadership from men than from women. In fact, it can sometimes feel like betrayal or a lack of solidarity when a female manager treats us in ways we’d expect a male manager to.

In Part I, we’ve explored some of the complexities around what we’re perceiving and what’s really happening when we observe non-supportive behaviors from fellow women. In Part II, in the March/April issue, we’ll dig into the root causes of some of these dynamics. We’ll also explore how we, as individuals, leaders and organizations can better understand how to interrupt these patterns in order to create workplaces and cultures that foster healthy, supportive relationships between employees regardless of gender – workplaces in which women are fully empowered to be true allies to fellow women. 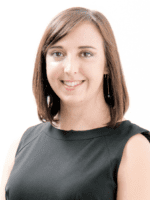 Engineer by trade. Diversity, equity and inclusion professional by choice. With a successful two decade career in the international energy industry, and having been one of the few women in her field, Erica D’Eramo has made it her life’s work to create diverse, inclusive and equitable workplaces through research, best practice and lived experiences. She is passionate about reconciling the academic perspective with practical application to enable organizations to elevate their DEI efforts and change the workplace landscape through those activities with the greatest impact. In 2016, D’Eramo founded Two Piers Consulting to support under-represented communities in the workforce, and provide companies with the tools and strategies to effectively create and grow truly diverse and inclusive workplaces. She holds a Bachelor of Science in Mechanical Engineering from Penn State University, and an Executive MBA from University of Texas at Austin. www.twopiersconsulting.com 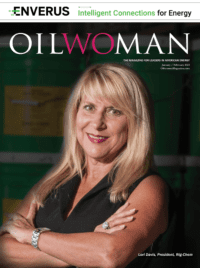