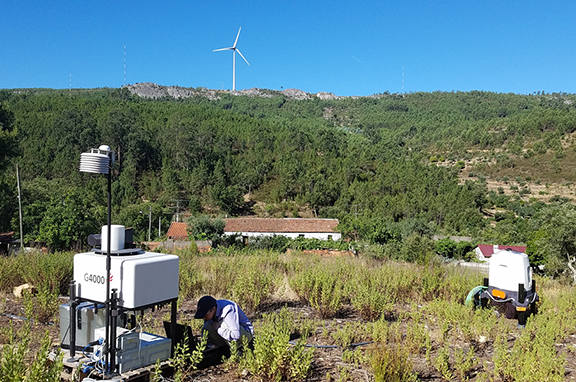 Ahh… to have a crystal ball right now.

But since crystal balls come up short in reality, it’s a lot better to get a quick look from renewable energy industry leaders, experts and analysts on what might be in our collective future. Despite a rocky year, thanks to COVID-19, there now seems to be cautious optimism for growth. Part of this anticipated growth includes delayed projects coming online this year, more interest in meeting climate issue deadlines, plus continued research and new innovations for renewables.

Analysts writing in the International Energy Agency (IEA) Renewable Energy Market Update: Outlook for 2020 and 2021, acknowledge COVID-19 is hurting, “but not halting global growth in renewable power capacity.” They believe that renewables are expected to show their resilience, and the majority of delayed projects are anticipated to come online.

These same analysts also believe oil and gas companies are poised to make significant inroads in both fixed and floating offshore wind, because of their experience in working in offshore environments.

Dr. Shuli Goodman, president, LF Energy, an open-source foundation focused on the power systems sector, hosted within The Linux Foundation based in San Francisco, predicts 2021 is going to be a good year. “People are going to start collaborating on climate goals. Power system transformation is at the forefront of global decarbonization. As we redefine and build the power systems of the future, we will shift a core aspect of our infrastructure. This will produce structural changes leading to how the democratization of the energy transition unfolds. This, in turn, will affect how we organize society and our economies.”

She adds, “There’s going to be increasing pressure from businesses, citizens and foreign nations to change. Already, the European Union has aggressively taken up leadership to reap the benefits of adopting renewables. There has been a fair amount of brainwashing that moving from fossil fuels to renewable sources will crater our economies, but that’s absolutely not the case. We are entering a decade of accelerated innovation that will drive job growth for decades. 2021 is the year that telecommunications companies will start getting engaged with what is happening in energy. They will recognize that automotive and energy companies will rely heavily on 5G moving forward and they will need to get at the table.”

The Sky’s the Limit?

The prospects for the solar industry are looking sunnier and already appear to be in recovery mode from severe COVID-19 restrictions impacting manufacturing and installations.

Just in the last 10 years, solar energy has experienced an average annual growth rate of 49 percent, according to analysts at the Solar Energy Industries Association (SEIA). Reasons for the rapid growth can be attributed to strong federal policies, such as the Investment Tax Credit, rapidly declining costs, and increasing demand across the private and public sector for clean electricity. This has resulted in more than 89 gigawatts (GW) of solar capacity installed nationwide, generating enough energy to power 16 million homes.

According to the U.S. Solar Market Insight Q4 2020 report, prepared by SEIA and Wood Mackenzie Power and Renewables, solar accounts for 43 percent of all new electric generating capacity additions through Q3 2020, more than any other electricity source. U.S. solar companies installed 3.8 gigawatts of new solar photovoltaic (PV) capacity in Q3 2020, a nine percent increase from Q2 installations, as the industry experienced a recovery from the worst impacts of the COVID-19 pandemic. Increases to the utility-scale solar pipeline have led analysts to predict solar installations will exceed 107 GWdc over the next four years.

In an open letter addressed to the solar industry, dated November 26, 2020, SEIA president and CEO Abby Hopper writes, “While we address the current challenges of COVID-19, it’s also critical that we keep our eyes on the future and create the foundation of what we believe will be a decade of significant growth for solar. That’s why we laid out a detailed agenda for the incoming Biden administration and the 117th Congress, and are working with the presidential transition team and lawmakers on both sides of the aisle to garner support for policies that will put us on the path to solar reaching 20 percent of U.S. electricity generation by 2030.”

Wind Power Gets Even Faster

Speed counts, and where one places faster wind turbines can matter. Finding the right turbine for the right wind conditions might be more systematic with recently released research.

In February, wind energy scientists at Cornell University, Ithaca, New York, released a new global wind atlas, a digital compendium filled with documented extreme wind speeds for all parts of the world, which will assist engineers in their selection of turbines in any given region.

In what is believed to be the first publicly available, uniform and geospatially explicit (datasets tied to locations) description of extreme wind speeds, Sara C. Pryor, a professor in the Department of Earth and Atmospheric Sciences, and Rebecca J. Barthelmie, a professor at the Sibley School of Mechanical and Aerospace Engineering, have created “A Global Assessment of Extreme Wind Speeds For Wind Energy Applications,” published in Nature Energy.

Knowing extreme wind speeds is key to turbine design for cost effectiveness, proper turbine selection and structural integrity on any given site, the researchers stress. In many locations, extreme wind-load estimates on projects have been uncertain due to limited on-site measurements.

There are now wind turbines generating carbon-free electricity in more than 90 countries, Pryor says, emphasizing, “This kind of information will ensure the correct selection of wind turbines for specific deployment and help ensure cost-efficient and dependable electricity generation from those turbines.”

As reported by the researchers, by the end of 2019, total global wind turbine installed capacity was more than 651 gigawatts (GW), due to 60 GW of recently built capacity, of which nearly 90 percent was placed onshore. According to Pryor, “The wind is now generating over 1,700 terawatt hours of electricity per year or about 7.5 percent of the global electricity supply.”

Development of the atlas was motivated by a need from the wind-energy industry, Barthelmie says. Quantifying extreme winds may also be useful in civil engineering applications and in structural reliability analyses for tall buildings and transportation systems, including long-span bridges, as well as for electricity generation and distribution.

“Further cost-efficient expansion of the wind energy industry will be enabled by access to this newly-released digital atlas,” Pryor says.

It’s only March, so the year is still unfolding.

That leaves time before year’s end for the easing of COVID-19 restrictions, continued economic recovery and stronger market share, which the best of crystal ball readers probably would like to believe will be the legacy of 2021.