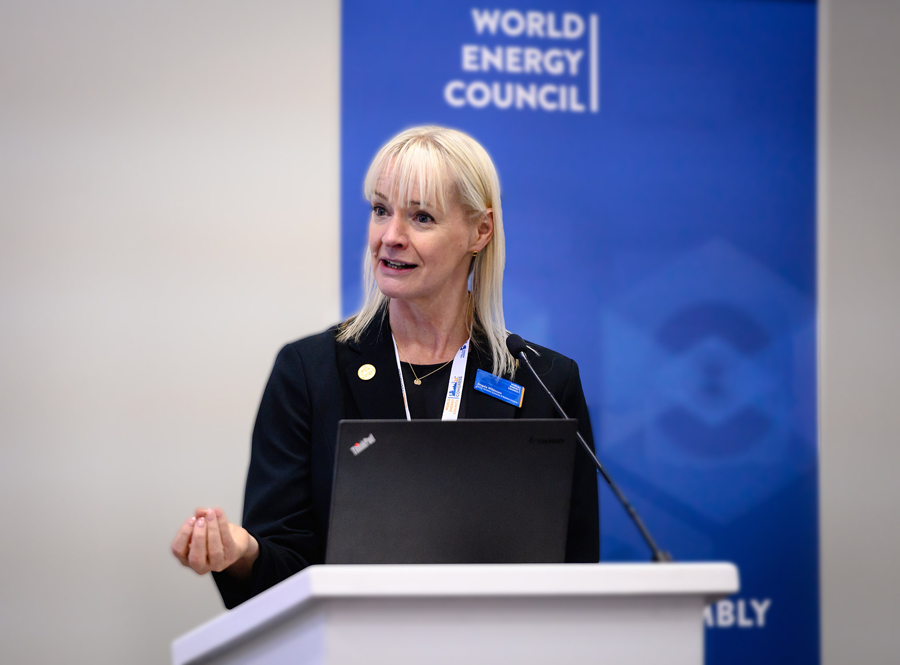 If Dr. Angela Wilkinson had her way, it is quite possible she would change the name of the World Energy Council (“the Council”) to the World Energy Community. The word “council” sounds official, slightly intimidating and possibly refers to some sort of closed society, limited to scientists and academics. While Wilkinson is an Oxford scholar and a physicist, she is quick to set the record straight.

“First and foremost, we’re the world energy community,” she emphasizes. “We’re a community of people who build, run, change, manage and imagine energy systems and how they work for human beings.” Stressing that the Council is open to everyone, she points out that it does have rules of association. “They are [simply that] you won’t go around promoting your solution as the only solution there is – because it’s not.”

The world’s first permanent energy organization, the Council was founded in 1923 under circumstances eerily similar to our own, as the world recovered from the devastation of the first global influenza pandemic of 1918 – 1919. At that time, concern focused on the availability of energy and access to it, and how to ensure that people around the world would be able to benefit from the development of modern energy sources.

The world energy community came together nearly 100 years ago with the sense of promise that modern energy brought and the desire to develop the world’s energy resources for the benefit of everyone, everywhere. The Council stays true to that mission today, although Wilkinson says its mission and purpose have evolved. 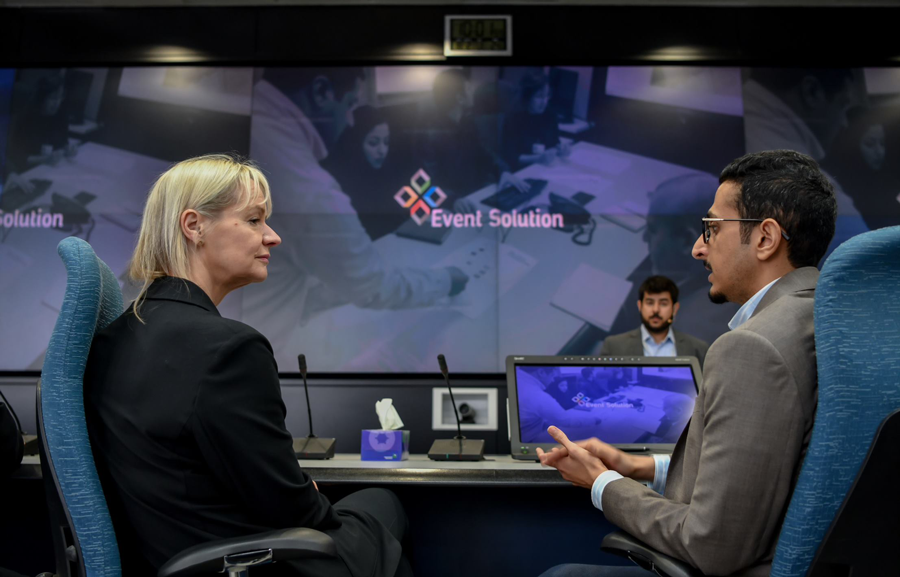 Just as the world emerged from the pandemic of 1918 – 1919 with a renewed sense of possibility, Wilkinson’s hope is that COVID-19 has brought about a way of resetting the conversation around the energy transition. “In recovering from this crisis, there is the opportunity to try and accelerate the renewable power revolution,” Wilkinson believes. “But, in order to do that, we’re going to have to use all of our other energy ‘friends’” – as she refers to complementary sources of energy – “at the same time. It will remind us that the ultimate way to achieve the transition is cooperatively, not competitively.”

Conversations around the energy transition have become politicized. As the voice and the face of the Council, Wilkinson is the conciliator. “There’s no single narrative on energy transition, no single vision; there’s a common global agenda.” She believes there is recognition of the need to produce and consume more energy as the population continues to grow but, at the same time, she says, “We don’t want to end up burning the planet. Nobody disagrees with that. And these are enshrined in the global agreements around climate change, and also around the United Nations’ sustainable development goals. So, we’ve got these two big agendas, and the job is to bring them together.”

Acknowledging that the world wants reliable, inexpensive, renewable energy on demand, she points out that modern life is very energy intensive; it’s power and energy dense. “Renewables need energy friends. There are many ways of getting to climate neutrality; it’s not only with clean energy and with green energy, not just with renewables, and not just with wind and solar. We’re going to have to use oil and gas. We need everybody to step forward, everybody to be part of that transition. And at the same time, everybody needs to help accelerate the scale-up of renewables.”

“You’ve got a great story in Texas,” Wilkinson says, referring to my home state. “You’re a green state, not a red star state anymore, with your electricity story.”

Our conversation took place in late January, less than three weeks before below-freezing temperatures and snowstorms – a rarity in many parts of Texas – brought the electricity grid to the brink of collapse, and Wilkinson’s comments were prescient.

“When you ask people who plan for disasters in Texas what they have in the garage, they say, ‘[Gallons] of water,’ because if the energy system goes down, your water system goes down as well. You can’t just solve this issue of energy on its own; you’ve got to think of its connections to [other] systems – water, transportation, lighting, your [communications] system. So, as we get more renewables on the grid, they have to become more and more reliable because we depend on the grid for so much more than we ever did before.” 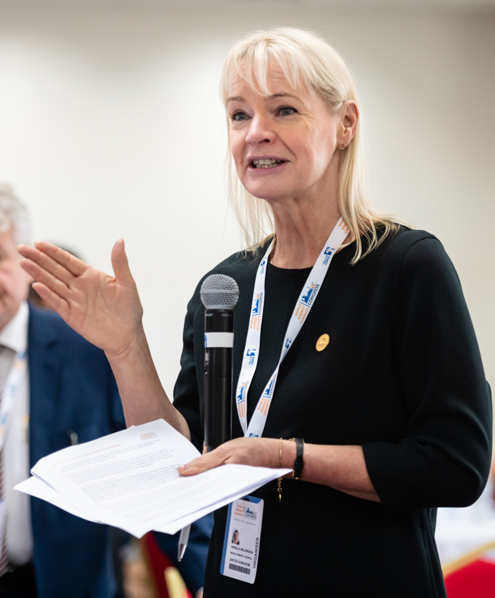 This brings her back to the global community and its interdependence in finding solutions to the energy needs of modern society. “A community has a shared identity. We are a rare thing in the world today. We’re the modern equivalent of cathedral builders. We believe energy matters to everybody’s lives and that we’re the community that has to help build those energy systems, run those energy systems and change them for the benefit of everyone,” because, as she points out, there are still people in parts of the world who live in energy poverty while others are at a different stage in their journey. “It’s important that we allow regions to have their own stories of the future and that we allow them to dream.”

When we talk, Wilkinson has just come from a Middle East-based virtual event where she was one of the keynote speakers at Abu Dhabi Sustainability Week, the existence of which she finds incredible in itself. “The challenges around Abu Dhabi and some of the big, former hydrocarbon nations is how much of their own money they’re going to invest in becoming technology developers and exporters of the next period. And we see it all the time. The circular carbon economy is a narrative we hear people talking about that’s coming out of that part of the world.”

“It’s important that we enable [people], that we find ways of cooperating to help them achieve their dreams, and that we stop imposing our stories on everybody else wherever we are in the world. If we really want humanity to get to the next stage of progress, the future is that we author our own stories and honor room to grow; that applies to regions and to countries as well. The most exciting thing is this story that’s emerging, and I hope that we can give it wings.”

“I do think humanizing energy is a new narrative that we’re bringing into the conversation, and it is a realistically hopeful narrative in that we’ve got to work to get it and not just dream about it.”

Just as Wilkinson, who spent time in her early career at British Gas, followed by a decade at Shell, believes diverse forms of energy are necessary to make the transition, she is resolute that everyone needs to have a voice in the journey going forward. “Energy itself is a universe in different skills, talents and needs, and so you find that there’s a great sense of purpose working in energy. How can you deny half of humanity’s role in human progress?” she asks rhetorically, referring to women’s inclusion in the transition.

“A community, by its very nature, is inclusive and diverse. It has to [address] equity and it has to deal with belonging. You can’t separate those things. You belong to a community because you share its values. And the strength of a community is its ability to engage with diversity as a source of innovation and learning. That’s the beauty of a community.”

“The difficulty people have is in understanding that diversity, inclusiveness, equity and belonging fit together; they’re a set of loops that reinforces each other. Energy systems are increasingly diverse, and you’ve got to have diversity of skills and diversity of thinking in order to manage them. So, you need a diversity of people. That’s how it happens – not a diversity of robots; there’s no such thing.”

Based on her own experience, Wilkinson believes energy is a meaningful industry for a woman to work in, but she also likes to champion the role of women as buyers and users of energy, and as creators and inventors of energy solutions. “Don’t just look at the top – CEOs and in the boardroom – or [at the other end of the spectrum] women who need charity because they don’t have access to energy but look at the depth: women who are pioneering and inventing [solutions]. I want to know the female equivalent of Jeff Bezos and Elon Musk in space exploration!”

She no longer works in physics because she says she finds people far more interesting than atoms. The challenges that interest her now are not the origins of the universe or the end of the galaxy, but the challenges of human progress. “How do I change the odds that Sir Martin Rees [the U.K.’s Astronomer Royal] gave the world a few years ago, when he said, ‘I give humanity 50/50 odds of surviving the next century’? I’d like to make those odds 80/20, at least, if not 99/1. That’s what gets me out of bed,” she says with conviction. “I will bring everything I can to energy, every trick in my book from scientist to sociologist, to charm, and passion and commitment because energy can accommodate all of that: emotion, technical expertise, science; it’s all there.”

The physicist’s mindset remains. “There’s still this curiosity and this imaginative sense of energy – and then this recognition. They will tell you at work that I’m a Trekkie. I really would hope my great-great-granddaughter is piloting the Starship Enterprise equivalent out in space, and we have worked out quantum entanglement energy sources by then. I am reaching for the stars in energy.” 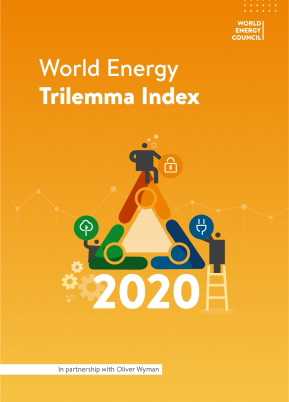 Since 2010, the Report has provided an independent and objective rating of a country’s energy policy and performance using verified global and country-specific data to assess management of three core dimensions: Energy Security, Energy Equity and Environmental Sustainability. The World Energy Trilemma Index enables countries to keep track of their own progress and to learn with and from each other about what’s working and what’s not.

The annual assessment is designed as a tool to be used, not a report to be read and placed on a shelf. In this report, we also suggest how to use the World Energy Trilemma Index as an energy policy pathfinding tool.