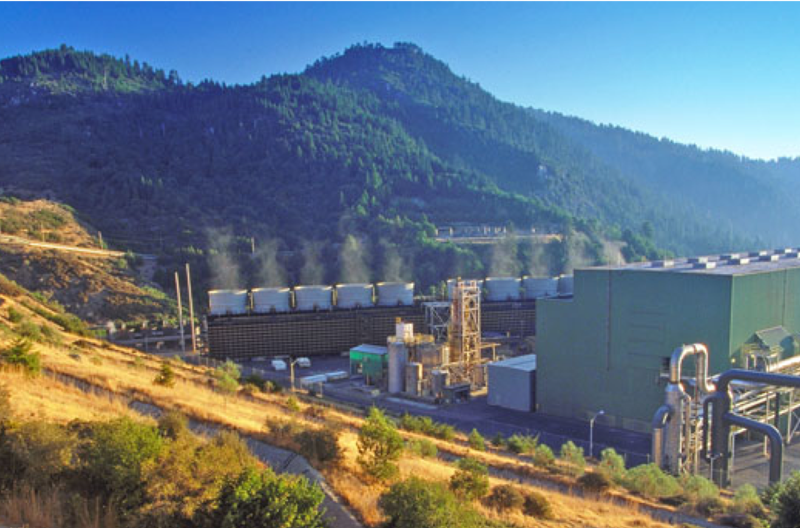 Headlines over the past few years have shown that we are far behind when it comes to taking definitive action to save our environment. Activists around the world have pleaded with governments to use more sustainable resources in order to reverse climate change. All the while, geothermal scientists and industry professionals have been working behind the scenes to develop sustainable solutions that will bring geothermal energy to the masses. This untapped gem of the earth is also providing women with enriching career opportunities and a chance to enact powerful legislation that will positively alter the course of environmental regulations.

Unless you live in Iceland or New Zealand, where use of geothermal energy is prevalent, little is known about this renewable resource. Geothermal energy is the heat that comes from the sub-surface of the earth and is contained in the rocks and fluids beneath the earth’s crust. In order to source this energy for use within buildings and homes, wells are dug a mile deep into underground reservoirs to access the steam and hot water. Turbines and electricity generators are thus powered, enabling a constant source of heating and cooling. Geothermal energy is renewable because heat is continuously produced inside the earth.

While solar power often makes more headlines, the expanded use of geothermal energy is being developed across the world through a network of passionate scientists and developers who want to make a difference. Think tanks, like Alphabet’s X – Moonshot Factory, are developing powerful technologies that will allow worldwide consumers to switch to geothermal energy. Dandelion Energy, developed at X by former Google engineer, Kathy Hannun, says its mission is to “figure out a solution so that there are no more barriers for people to switch to geothermal.” Hannun and her team have partnered with Con Edison in New York to promote geothermal heat pumps to their natural gas customers.

Hannun was drawn to develop the use of geothermal heat pump technology in order to help the millions of homeowners in the U.S. save money on their energy bills. “For the homeowners using oil or propane for heating today, the cost of ownership of a geothermal heat pump is less than that of their furnace or boiler,” Hannun says. “It’s also the single most impactful thing they can do to decrease their carbon footprint. Switching from a fuel oil furnace to a geothermal heat pump saves as much emissions over the lifetime of the system as taking 39 cars off the road for a year. It’s so rare to have the customer’s financial incentives align so well with what is best for the climate, so seeing this motivated me to figure out how to overcome the obstacles that were holding geothermal back from wider adoption.”

Certain states like New York and Connecticut are offering incentives for consumers to switch to geothermal systems, which reduce the overall cost. Many of Dandelion’s customers utilize solar and geothermal systems in tandem, in order to save costs and protect the environment.

Developing a Network of Power Players

A 2019 World Bank study of gender inequality within the geothermal industry stated that “male domination of the sector is perpetuated by professional networks and local employment norms and practices biased toward hiring men for both skilled and unskilled jobs.” However, a group of professionals within the geothermal industry is determined to change these statistics.

Andrea (Andy) Blair, president of the International Geothermal Association and co-founder of Upflow, a geothermal science, research and innovation company, is a passionate voice and activist when it comes to championing women in geothermal. In 2013, she co-founded Women in Geothermal (WING). The association has grown from 83 members to over 1800 in 48 countries worldwide, making it the largest geothermal association in the world. WING is dedicated to promoting the education, professional development and advancement of women in the geothermal community. Blair was inspired to take action after traveling the world in her previous role and seeing the “lone woman” in the back of the meeting, among 20 men. “There were these super smart women around the world that were isolated,” Blair says. “It was time to push on the boys’ club. I thought, ‘How do we wrap around these isolated women and provide them support?’”

Blair knew two things were necessary in order for WING to work. One, men needed to be included in the discussion. Two, WING needed to be an association that took action, not one that just talked about inequality. As of 2021, one of WING’s initiatives includes the WINGman Special Taskforce. The workshop is held over 10 months and is a platform that engages men around gender equality and gives them the tools to make powerful changes. The Taskforce aims to eliminate gender stereotypes and encourages men to be champions of gender equality.

WING’s global leadership team rotates to a new country every three years in order to ensure the association’s ongoing relevance and longevity. In 2020, the operations transitioned from New Zealand to the United States, with Ann Robertson-Tait as its new global chair. While many of her undergraduate classmates ended up working in oil and gas, Robertson-Tait started looking into alternatives to fossil fuels, including geothermal. After completing a Master of Science at the University of Auckland, she returned to the U.S. and joined GeothermEx, which she heads today.

Robertson-Tait enjoyed an upbringing that she calls “unfettered…I was free to choose my own way. Nobody mentioned anything about what kind of work a woman could or should do.” After realizing that is not the case for every woman, even today, she was inspired to join WING. Now she is helping further the initiatives that the New Zealand team began, including the WING Future Leaders Cohort. The Cohort, a group of 17 women from 11 different countries, is participating in a yearlong program designed to launch the next generation of female leaders in the geothermal community. The group is being mentored and trained in issues outside its core expertise, including leadership, governance, financial acumen, communications, crisis management, cognitive psychology and decision making.

“I think there’s a real power surge from women in our industry,” Blair says. “With the Future Leaders Cohort, our graduates are successful from day one. We teach them how to negotiate, how to influence, how to be successful board members.” Blair and her team plan on presenting WING’s Future Leaders Cohort to boards around the world starting in October 2021. “The pipelines of success are guarded by people who think success looks like them,” Blair says. “Until we break these pipelines, that’s not going to change. We need to get to the top as fast as we can, using any mechanism we can.”

Along with the initiatives she’s promoting within WING, Robertson-Tait sees evidence of true change at her own workplace. “With women comprising 35 percent of our staff, GeothermEx is moving toward gender equality. I am no longer the only woman in the room.”