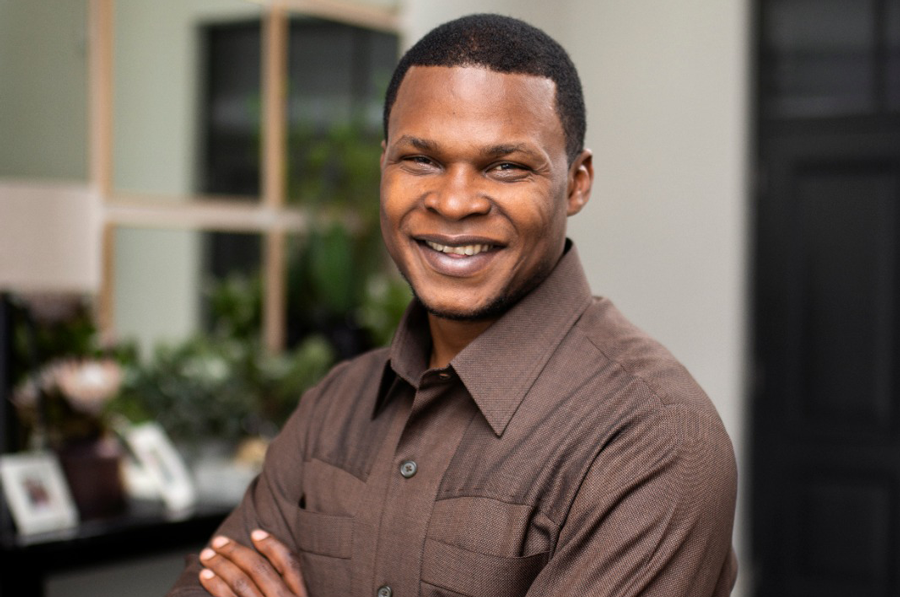 I lived, studied and worked in the United States and one thing that stood out to me was this: The American sense of optimism and a belief that women can lead. Even now, during these troubled days, that mindset is still there. Living in America offers unique opportunities. People can start with very little, work hard and make a better life for themselves, their children and the generations that follow.

Achieving those things – the American Dream – doesn’t happen for everyone. But it does happen enough to make it more than a myth or fantasy. In May 2020, a New York Times article assured readers of that very fact, noting that 86 percent of Americans raised in low-income brackets now earn more than their parents did. “Capitalism isn’t broken,” the editorial states. “Hard work does pay off. Workers do enjoy the fruits of their labor.”

I saw it with my own eyes. So, can Africans aspire to the same things? Can African women dream big dreams like their American counterparts breaking the glass ceiling or Breaking the Gas Ceiling, as author Rebecca Ponton calls it in the title of her book? Can we achieve an equally powerful African dream that includes or is led by women? A dream of stability and prosperity? My answer is a resounding YES.

After all, Africa has plenty of unique strengths and resources, from our talented young people to the oil in the ground. The African Dream is within our reach if women take charge and lead it. African men certainly need to adjust our thinking. So, what is holding us back? Ourselves.

If we want to see widespread change for the better, we need to stop dwelling on our obstacles or blaming people, governments or circumstances for our difficulties.

If we want to make things better, then we need to be the ones to make it happen. We need to find unique solutions for our unique challenges and work as long and hard as necessary to make our strategies successful. Essentially, we need to pull ourselves up by our bootstraps. We need to let women lead the way. Seriously, men need to step back a little. I’ve shared those ideas in the past, and people don’t like them.

They tell me I’m failing to consider Africa’s history of colonialization and oppression. They tell me I don’t understand the corrupt government systems we have in Africa put in place by the colonial powers. They say poverty, lack of infrastructure and dangers are everyday realities for many. You can’t just say, “Women cannot take on these challenges and fix them. Women are not ready to deal with this.”

My response to that is, I’m not for a minute diminishing Africa’s painful history or dismissing the problems the continent faces today. I just wonder, how long are we going to use our hardships as excuses not to move forward? Women can lead us out of this mess, so why stand in the way? Because, if we can agree we want more and commit to doing the really hard work that it takes to get it, we can make transformational changes in Africa. 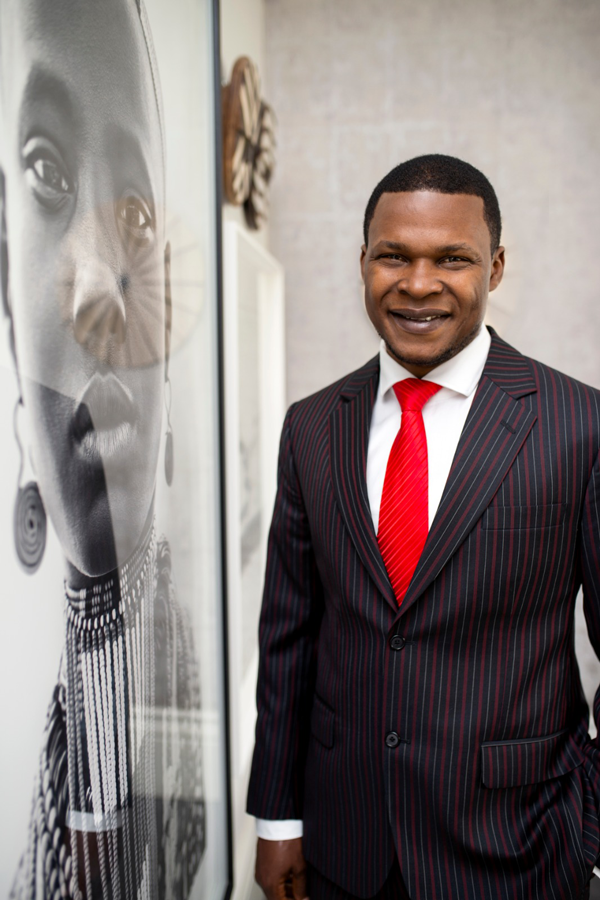 African nations already have examples to draw upon, beginning with other colonized countries. Taiwan, for example, was both a Dutch and Japanese colony. Today, it has GDP per capita levels on par with Germany. Women play a strong role in both economies. How about India? Decades after gaining independence from Britain, it is the fastest-growing trillion-dollar economy in the world and the fifth largest overall, with a nominal GDP of $2.94 trillion. Women have a lot of leadership roles and are sharpening policies.

Then there’s Trinidad and Tobago, one of my favorite examples. Claimed by the Spanish – then held by the British, Dutch and French – the dual-island nation finally became independent in 1962. It’s now the wealthiest nation in the Caribbean. It’s also the third richest by GDP per capita in the Americas. Trinidad and Tobago’s wealth, by the way, is due to its strategic approach to monetizing its natural gas resources.

There is an African example, and we look at Rwanda. Rwanda has an amazing record for gender equality, but one that came about through tragedy. After a mass genocide against the Tutsis in 1994, the responsibility to rebuild the country fell to the women, who made up 70 percent of the remaining population. Legislation was introduced to promote women’s education as well as their roles in business and infrastructure. A new law stipulated that 30 percent of the government must be female and, in 2018, 64 percent of the country’s parliament were women – more than anywhere else in the world. The economic results have been resounding and there is less corruption. There is a big benefit when a country skips the social upheaval and goes straight to pro-women policies. We in Africa must take an aggressive shortcut through history. We can learn from Rwanda.

I’m not saying life is perfect in any of these places, but they’ve moved in the right direction. Why can’t resource-rich African nations do the same?

Oil and Gas Can Help Get Us There

Africa’s vast oil and gas resources are one of the things that make the continent unique. They are key to a better future. But what we need is for women to have greater control over them.

How do we make that happen? Let’s start with this: Government and business representatives in Africa need to negotiate better oil and gas production deals with international companies.

We need to create local content policies that improve job and business opportunities for Africans but are still fair to companies investing in the continent. We need to insist upon, and strategically develop, better oil money management policies. We need to monetize our natural gas resources so we can build infrastructure and diversify African economies. And we need to create more opportunities for African women to build promising oil and gas careers at all levels, right up to the C-suite.

We need to stop flaring gas and, instead, more countries need to start using Africa’s abundant natural gas resources for power generation, so we can deliver widespread, reliable electricity to Africans. At the same time, we should be developing strategies for a transition to green energy sources, which can play a valuable supporting role in alleviating energy poverty. Think about it, most men have tried to do the above; the truth is, [progress] has been slow or it has not worked. Change is needed. I don’t think women are the only solution, but women bring onboard different leadership qualities that can get us into the promised land.

Clearly, we need to fill in other pieces of the puzzle as well, including improvements to our educational system, and good governance that creates an enabling environment for widespread economic growth and improved infrastructure.

But, perhaps most of all, we need an unwavering determination to make Africa work for us, even when there are missteps and things go wrong.

That brings us back to American optimism. One shining example of that mindset is the U.S. shale industry. Think about it: Businesses took a chance on new technology.

They worked hard and, in the end, they boosted oil and gas production. America became the largest crude oil producer in the world. Those companies made something extraordinary happen, and so can African businesses and governments. We need to have mindset change and embrace new things and the idea of women leading us should not be seen as some Western idea.

Whether we’re talking about oil and gas, other economic sectors or government, we need people willing to seize opportunities, to take a chance on something new and, in some cases, make mistakes. In the process, we grow and learn, and we keep pressing forward.

My message to Africans and to the world is, Africa is more than capable of building a better future for ourselves, strengthening our economies and improving the lives of everyday Africans. Who is going to do it, if not us? And really, nobody besides us can truly make Africa the place we want it to be. Africa’s future is our responsibility. Can we let women lead it, especially with our natural resources? How can we make it happen? Even in difficult times, the American Dream is alive and well. The question is, can Africans aspire to the same things? Can there be an equally powerful African Dream? 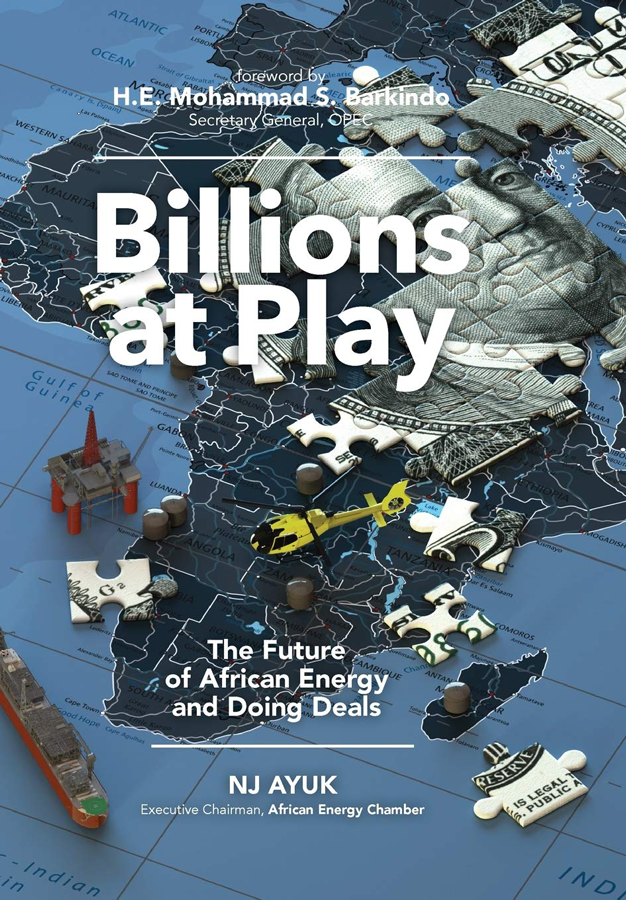 I’m shocked when I’m questioned on my fervent support for women and energy. Even more, I’m sad that I often feel I have to defend my right to care about this issue because I’m a man.

While it has been difficult to find hard data on female participation in Africa’s oil and gas industry, anecdotal evidence shows that women are vastly underrepresented. I believe this is unacceptable, shortsighted and, frankly, a real stumbling block to African countries that want to realize the full socioeconomic benefits that a thriving oil and gas industry can provide. If you truly want your nation to thrive, why wouldn’t you do everything in your power to help half of your population participate in one of your most lucrative industries?

Companies, in particular, have a lot to gain by creating opportunities for women, including improved public perceptions, a stabilizing role on the African communities where they work and live, and an expanded talent pool at a time when the oil and gas industry is grappling with serious skills shortages.

We need to empower more African women to benefit from the oil and gas industry, whether we’re talking about opportunities for boots on the ground jobs at drill sites, professional positions, leadership roles or business opportunities for women-owned enterprises.

As actress Emma Watson said during her [2014] speech to the United Nations: “I’m inviting you to step forward to be seen, and to ask yourselves, ‘If not me, who? If not now, when?’”

Condensed and excerpted with permission from the author. Billions at Play: The Future of African Energy by N.J. Ayuk (Made For Success Publishing; 2nd edition (December 15, 2020).