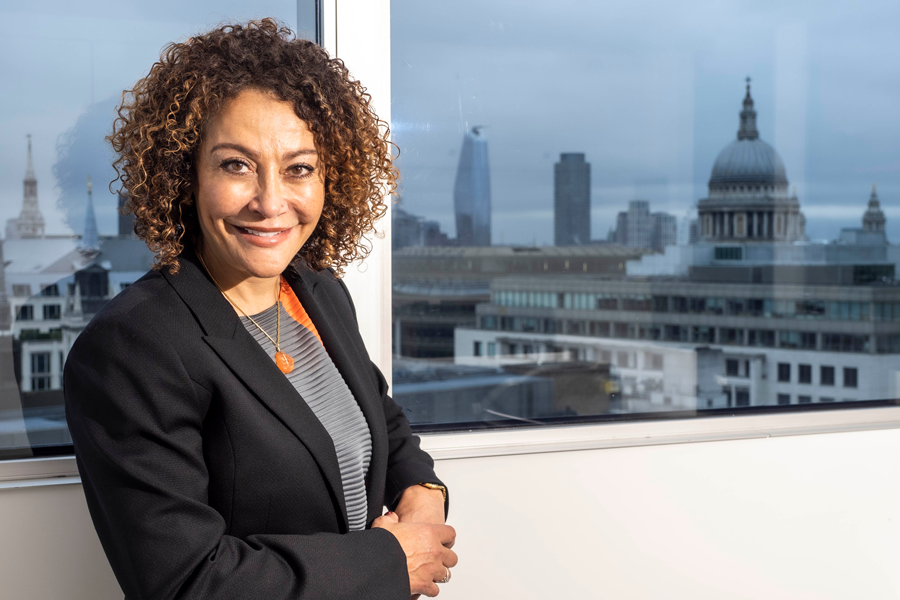 “It’s Not the Swan Song for Oil and Gas”

Iman Hill says women don’t have to pressure themselves to be “superwomen” but, in her first year as executive director of the International Association of Oil and Gas Producers (IOGP), she certainly had to call on her own superpowers – chief among them, “being conscious and understanding my purpose… because energy follows purpose.” For the first ten months after taking up her post, she had to lead a team and guide an organization whose members she had never met in person.

A year into the job, she says, “I’ve had to build a rapport, lead, motivate and encourage – almost all of it virtually.” Despite not being able to meet her team face to face, which Hill says was her biggest challenge, working with her team is her greatest pleasure.

“If you could sit as a fly on the wall in this small secretariat, you would see so much dedication, commitment and passion paired with expertise, practicality and professionalism. I honestly feel blessed every day to lead this pool of talent.”

Hill’s own talent is not in dispute. After graduating in the mid-80s from the University of Aberdeen with a bachelor’s in biochemistry and a master’s in computing, she joined the city’s vibrant oil and gas industry. She applied to the major oil and gas companies, which she says had a practice of hiring graduates with good numerate degrees and “turning them into petroleum engineers” over the course of five years, through on-the-job training and classroom-based learning. She says she was “lucky” enough to be hired by bp. “And that’s where I started more than 30 years ago now – and where I stayed for over a decade.” And, yes, she adds, “I did my stint on the rigs in the North Sea!” 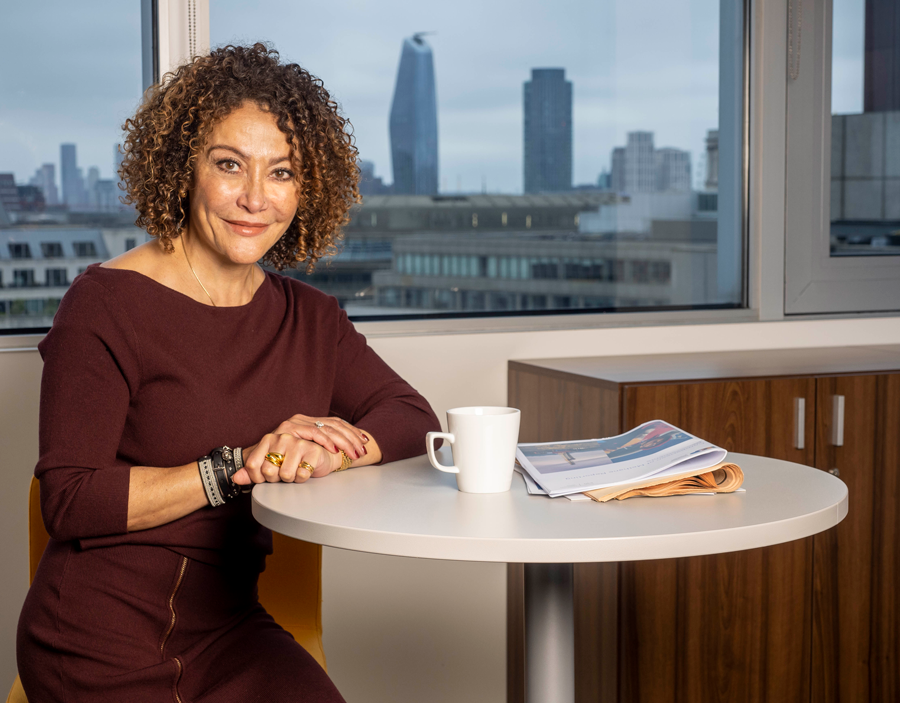 Relishing a new challenge, Hill left the corporate world in the mid-90s to become a freelance petroleum engineer in London, where she met her husband, Albert, who was working in the music industry. When she and her husband became parents, they “made a conscious agreement” that one would stay home with the children and the other would work outside of the home. “I think it’s important to go into parenthood with clear agreements from both partners,” Hill says, “because it’s really about communicating, managing expectations and working together as a team to create the best environment for your family.”

While both roles certainly have their challenges, Hill believes that her children, who were raised by a stay-at-home dad – a rarity 25 years ago – and a mother who was the breadwinner, have grown up without preconceived gender roles. Just as her mother – a medical doctor in Saudi Arabia in the 1950s – was her role model and mentor, “always encouraging us to dream big and then make those dreams a reality,” Hill says, “I might not have been at the school gates every day, but I have been a role model and my children, who are now young adults, acknowledge that with pride.”

Eventually returning to large oil and gas companies, Hill spent a decade at Shell, where she rose to become general manager of Shell Egypt. Between 2003, when she was named chairwoman of Shell Companies in Egypt, to 2020, when she assumed leadership of IOGP as its first female executive director, she held senior executive-level roles in Malaysia, the Netherlands, Brazil, South Africa, the United Arab Emirates and Greece.

Not only does she bring this wealth and abundance of experience to the role, but it is her passion for the industry that makes her further qualified to speak for the organization whose members produce nearly 50 percent of the world’s hydrocarbons.

“We do need to step up, stand up and speak up, because who else is going to do it for us?” asks Hill rhetorically in her calm, measured voice. (The accent is hard to place and, if you close your eyes, you might think journalist Christiane Amanpour is speaking.) “We can’t allow the perception of our industry to be derailed any further than it has been with rhetoric that isn’t based on science, data and facts.”

During this first year under her leadership in the midst of a worldwide pandemic, the Association’s health committee quickly issued guidance on COVID-19 testing, followed by vaccination protocols, and a document on providing business continuity during a pandemic – all of which were accomplished under difficult circumstances – achievements Hill says she is proud of. In addition, the Association spent eight months conducting a strategic review into how the organization could continue to differentiate itself and create valuable deliverables its members would adopt and deploy in their own businesses, particularly given its broad membership ranging from national oil companies to integrated energy companies to smaller, independent operators.

One of the key takeaways from the review was a clear signal that the Association needed to take a more assertive leadership stance to gather together the industry’s varied low carbon workstreams, provide opportunities for collaboration and optimization, and advocate for the industry’s contribution to an orderly transition.

As a result of its findings, IOGP recently set up a new directorate, which is accountable for all energy transition and decarbonization workstreams: methane measurement, quantification and reduction, reduction of flaring and venting, carbon capture and storage, electrification, energy efficiency and clean hydrogen to be added in the first quarter of 2022.

“We are working on those five streams as a massive part of our work program in 2022 and beyond,” Hill says, “and, really, that’s how we make a difference to the industry as IOGP. We are leading that and we’re also supporting our global membership in the work that they are doing.” 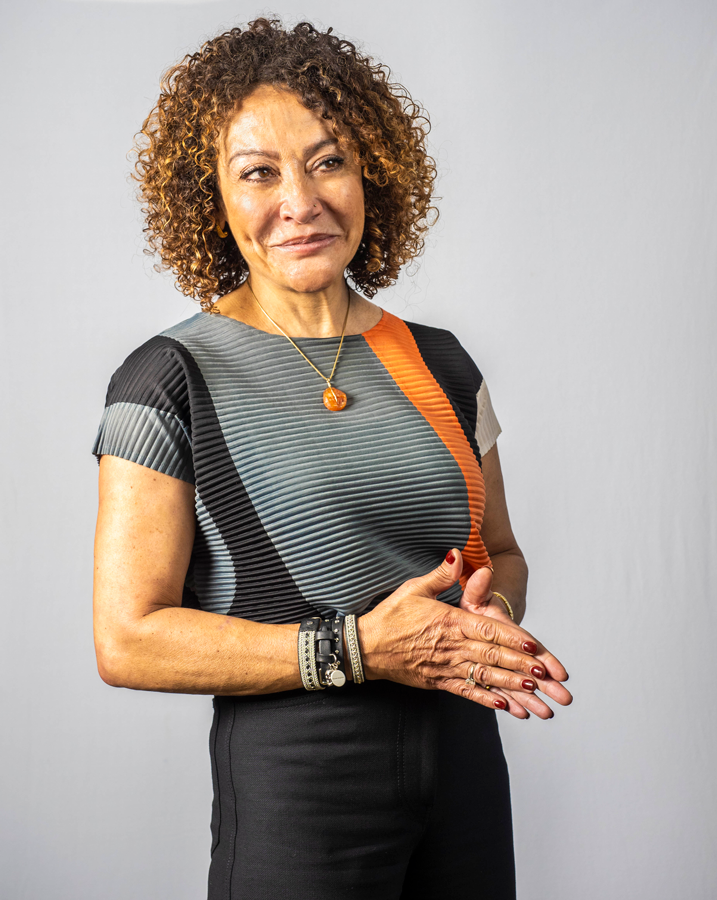 Hill believes that, as the development of oil and gas assets is only getting more complex, the role of petroleum engineers will evolve with societal needs and new boundary conditions related to climate change will make their efforts even more challenging but also more rewarding.

“Let’s just think logically about the skills needed for the energy sources of the future,” Hill says. “I’m also making this point to the recruitment world,” which she feels undervalues the contributions made by those employed by the petroleum industry. “Where will the world get engineers and project managers with the skills needed to build offshore wind at scale? Don’t we need geologists, geophysicists, petroleum engineers and drilling engineers to get geothermal off the ground and scaled up? It’s so short-sighted to tell someone from the oil and gas world that they don’t have the skills and experience to work in the renewables space.”

Citing the expertise in the oil and gas world – whether it is technical skills, engineering, standardization, managing economies of scale in operations, cost effectiveness or supply chain management – Hill says, “When you think about all the technologies that we deploy, the project management skills, capital discipline, and last, but certainly not least, the way that we approach safety, I can’t imagine how anyone could think that those skills aren’t needed or transferable, not just to the new energy sources that will start supplying the world but other sectors as well.”

“Personally, I truly believe that we will achieve the Glasgow Pact goals but, like it or not, oil and gas will remain the backbone of energy supply for decades to come. It doesn’t only play a role in supplying reliable and affordable energy. We’re actually driving the energy transition and contributing to every single United Nations’ Sustainable development goal – all 17 of them – some indirectly, but most of them directly.”

“We all agree that we need to transition our energy, but it needs to be just and orderly. We cannot switch the taps off overnight; it’s not that simple,” Hill says, pointing out that, “Insufficient investment in oil and gas could lead to price volatility, energy shortages, and create the potential for switching to more polluting energy sources and may ultimately lead governments to rethink their climate goals strategies. A great example of this was seen when the U.K. had to recently restart a legacy coal-plant in order to make up for electricity shortages, despite its goals to end its use of coal to produce energy.”

Hill sets clear and conscious goals for herself: To be an executive director who takes the performance and value delivery of the Association to the next level, and one who will drive and deliver positive change for its members and the broader industry in general. She would like to be seen as a supportive leader, one who is people-centric and who cares about people’s personal growth and development. If the pandemic has shown us anything, she believes, “It has become much more apparent to all of us that we also have to be empathetic leaders” to get the best from our teams.

“I’m a person who is really clear about my values and I operate from my values, so honestly whatever I say or do is founded on [whether] it fits with who I am and who I want to be as a person.” As part of the leadership training she has undertaken in the past, Hill has developed a daily habit of writing down her purpose for that day in both her professional life and her personal life. “Being conscious and understanding your purpose is really important because, as I’ve said, energy follows purpose.”

Since its founding in 1974, IOGP has been the voice and advocate for the oil and gas industry. “A huge part of my role is to essentially speak up and tell the world what this industry does in terms of economic development and for society by providing reliable and affordable energy, but also to really tell, based on facts and science, what this industry is doing to drive the energy transition,” Hill says.

This last point is something Hill believes gets drowned in all the noise – to the detriment of advancing the energy transition. Ostracizing the oil and gas industry, in Hill’s opinion, is only going to result in a “much slower, much less effective energy transition because our skills, our technology, our brainpower and our investment power are needed to drive that transition.”

“I think it’s really important to stress this and I’ll say it over and over again: Our industry – the oil and gas industry – is not just a bystander to the transition. What do people imagine? We have children. We have grandchildren. Why would we not want to transition to a lower carbon world? We’re not being dragged into the transition; we’re actually driving the change.”

“We’re not going anywhere in the next decades,” Hill says resolutely. “It’s not the swan song for oil and gas.” 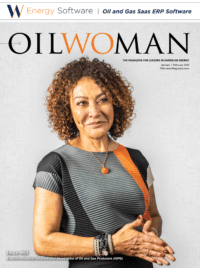