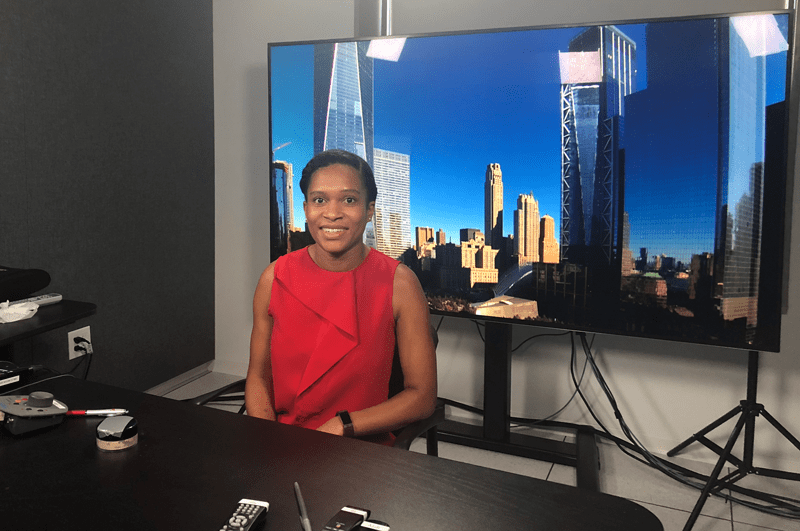 My two young daughters and I were stranded on vacation in the U.K., separated from my husband for five months during this crisis, while he was at home in New York. When we finally were reunited, a new reality hit. Like many parents, my husband and I now had to navigate working from home while trying to care for, and entertain, a toddler and a nine-month-old baby. I reflected on our first day and noted that, although the domestic tasks seemed evenly split, my work time was interrupted more often than my husband’s.

This trend was reported by the World Economic Forum. For many heterosexual couples like us, this “easy fall” into ingrained gendered roles isn’t conscious behavior; it’s actually how society has conditioned us.

My husband and I soon came up with a plan to fix the issue. The first thing is to bring it up for discussion (which I’m not scared to do). Then we agreed on a system ensuring that, when one of us had a scheduled meeting or call, the other would watch the kids. If there was a clash, we would take turns to rejig our schedules accordingly. We also agreed to alternate days for being the main parent responsible for watching the kids in a work week. However, many families have struggled for months without a resolution or decent compromise, with some women feeling like they’ve regressed to the 1950s, assuming mother, teacher, cleaner and caretaker roles all at once and – in most cases – while also balancing a salaried job.

A report by McKinsey makes for sober reading: “Given trends we have observed over the past few months, in a gender-regressive scenario in which no action is taken to counter these effects, we estimate that global GDP growth could be $1trillion lower in 2030 than it would be if women’s unemployment simply tracked that of men in each sector.” Gender imbalance has a clearly negative economic impact, affecting the bottom line for many companies irrespective of sector.

The energy industry (particularly oil and gas), where companies are owned and predominantly run by white males, continues to grapple with diversity, equity and inclusion (DEI). Globally, women account for less than a quarter (22 percent) of employees in the oil and gas industry and about 35 percent of the renewable energy industry. These percentages shrink considerably for senior and technical roles. Yet, at the same time, the industry is struggling with a skills gap problem as it strives to attract and retain women and ethnic minorities.

While recent surveys indicate that men are actually taking more of an active role in domestic work at home, women continue to assume the lion’s share of both household chores and childcare. Given that this is a systemic issue – reinforced by societal structures that govern working hours and work policies around parental leave that assume mothers are the natural caregivers – many more generations will pass before real parity translates at home and in the workplace. Indeed, these barriers have prevented women from pursuing roles in industries that ultimately force them to choose between family and careers. The energy sector is no exception; and if there is a shortage of women engineers in STEM industries now, this is bound to have been perpetuated by the inflexibility of workplace policies that exclusively benefit men and the child-free.

Until parental leave is seen as of equal importance and a job that requires the presence of both parents, and so long as employers continue to remain inflexible in supporting employees who have children, we will never see progress in equality happening as fast as it needs to in order to invoke meaningful social change.

The COVID-19 pandemic has forcibly thrust upon us, as employers and employees, the phenomenon of remote working. Businesses and teams that were largely office-based had to adapt rapidly in order to make working from home both a plausible and productive undertaking. Pre-pandemic, flexible working was considered a perk given to employees at forward-thinking businesses. You didn’t have to look far to see how even the act of asking for flexible working arrangements could hurt your career prospects as your dedication, loyalty and ambition came into question.

Dispelling misconceptions around flexible working probably will be one of the most positive developments to emerge from this crisis. Businesses, previously hesitant to offer flexible working arrangements, now have little excuse to refute such practices when things return to “normal,” particularly if the benefits of employee engagement, retention and wellbeing are tangible.

Personally, the ability to work flexibly was a huge factor in my deciding to go back to work after having children. Work can give us a sense of worth and purpose, but individuals should never be made to feel that they have to choose between success in their career and paying the bills versus bringing up a family when both are so important.

Thankfully, we live in an innovative time where technology has enabled us to carry out tasks that normally would require a physical rather than a virtual presence. Flexibility doesn’t only become a practical act but an economically rational one, too, where money spent on travel is saved. In the energy sphere, technology is being used to undertake virtual site visits – such as that used by DNV GL – to help organizations carry out required inspections. Travel restrictions and quarantine challenges can be circumvented by a whole suite of tools we have at our disposal.

These changes to work infrastructures can have a transformative effect on gender diversity, equity and inclusion within the homogeneously-staffed energy industry. Organizations and industries continuing to work in this way could again save money and, at the same time, encourage more women into roles within STEM industries, simply through embracing flexible working practices. The money saved could then be put into mentoring programs and employee resource groups (ERG) that foster diversity, equity and inclusion.

As more women enter the industry, this can only encourage other women to follow suit.

I entered the energy sector as an engineer immediately after completing study. Although I wasn’t put off from pursuing this line of work, I can readily see why many other women would be deterred from embarking on a career in a male-dominated field. The more women (and young girls) see other women working in roles normally assumed by men, misconceptions around what constitutes a man or woman’s job will be addressed.

By the time my daughters enter the working world, I am confident that industries currently lacking diversity on every level will be fewer than today. Progress is being made, but I don’t think the job will ever be finished. It takes a persistent combination of education and experience to bring down barriers and dismantle antiquated systems that cause inequality and bias. It’s a big job, but one where both men and women can work together to make this vision a reality – sooner rather than later.

Headline photo: Waiting to be interviewed at the BBC World Studios in the U.K. 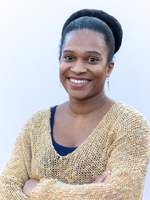 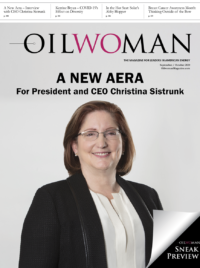