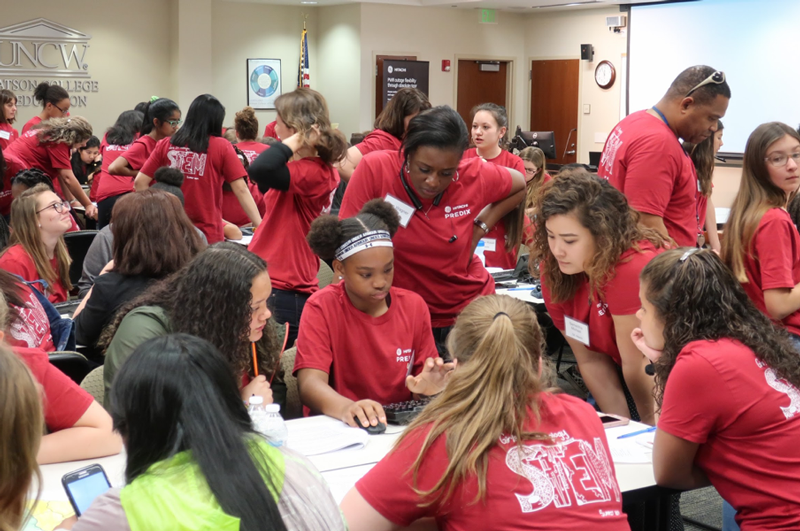 Girl Scout badges have long been associated with camping, civics/citizenship, athletics and art. Today, girls can learn about nuclear power to earn a badge after completing a project. At GE Hitachi Nuclear Energy, an annual STEM event brings together 128 middle school girls.

The students’ favorite aspect – the project-based challenge. A few years ago, the participants were divided into teams and assigned the task of building the fastest roller coaster. They were given tools and money to purchase materials and had four hours to build and test a design.

“It was interesting to see all the energy in the room,” says Jhansi Kandasamy, chair of U.S. Women in Nuclear (WIN) and vice president of engineering for GE Hitachi Nuclear Energy. “The hands-on exposure encourages them to think about doing anything they want and that includes nuclear.” 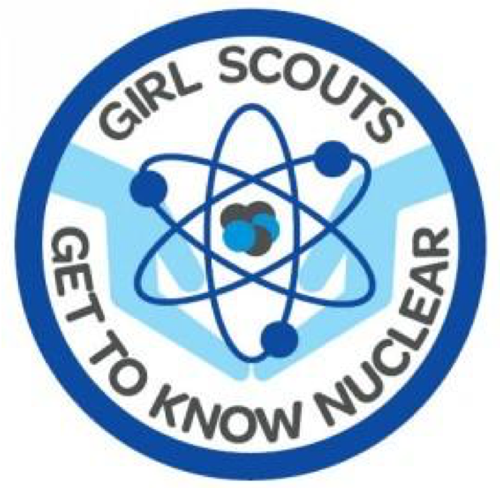 At the federally funded Argonne National Laboratory, J’Tia Hart, Ph.D., is a vocal advocate for women who want to excel and pursue careers in STEM. She is an American Association for the Advancement of Science if/then Ambassador, which was founded to develop outreach and serve as a role model to young women interested in STEM.

She also currently serves as the lead for the Women in Science and Technology (WIST) Program at Argonne. WIST produces annual outreach events – Introduce a Girl to Engineering Day and Science Careers in Search of Women – and provides career support to scientists and engineers.

“It took me a while to be comfortable with the idea of pursuing a STEM career,” Dr. Hart says. “More women and African American role models in STEM would have helped.”

Hart also mentored others through the Afro-America Cultural, Technological and Scientific Olympics (ACT-SO), which exposes African Americans to intellectual competition and builds those skills. It also helps the participants understand that African Americans are talented in many ways, not just entertainment and sports.

“I volunteer because I know that it makes a difference in who decides to pursue STEM education and careers,” she says.

Generating excitement among women to enter the nuclear energy field is only half of the equation. Providing leadership development opportunities to prepare women to advance through the ranks within a professional position is key to seeing more women involved in the industry.

When Kandasamy looked at the industry she realized there were zero female chief nuclear officers. She co-authored a plan, the Nuclear Executives of Tomorrow (NEXT), to develop a leadership pipeline. Today, three women hold the CNO title.

“The program is different than any other women’s training or development program and unique to the nuclear industry for women one to three years away from being executives,” she explains. “After the pilot in 2019, six to eight of the 12 participants were promoted to vice president positions because of NAME.”

Advocating for women’s opportunities within the industry is a priority for Kandasamy. In her role at U.S. Women in Nuclear, she recently participated in a significant commitment of collaboration across the entire industry with the signing of a Memorandum of Understanding (MOU) between the Nuclear Energy Institute, the North American Young Generation in Nuclear, the American Nuclear Society and U.S. Women in Nuclear.

Kandasamy and leaders of the aligned organizations realized that many of the efforts and initiatives they offered overlapped. Costs for belonging and attending each individual association becomes expensive for participants. Through the MOU, the alliance of nuclear energy groups is creating select joint events to minimize overhead. “We have some CNOs executives on board, so we’re really excited about that partnership.”