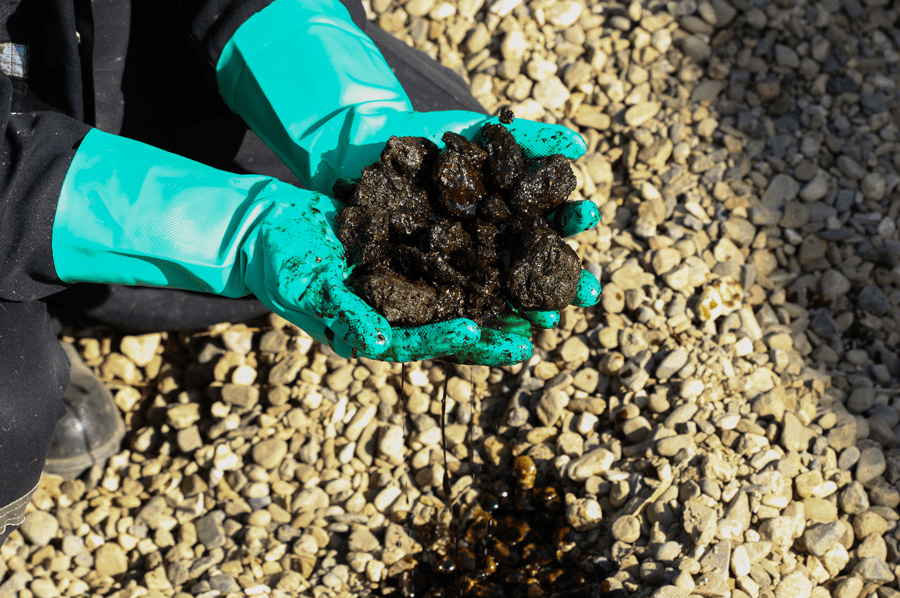 Estella Petersen, who is a member of Cowessess First Nation, an advisor for the Indigenous Resource Network and a heavy equipment operator for Suncor, is firmly convinced that even with “the demand for more solar and wind… powered energy,” Canada, and the rest of the world, “still need oil.”

The Canadian oil sands contain the largest accumulation of crude oil in the world. They are composed of a combination of water, sand, clay and bitumen and are often mistakenly referred to as tar sands; however, tar (asphalt) is a manmade substance and bitumen – a type of crude oil with a molasses-like consistency – is entirely natural. The name, oil sands, is therefore derivative of what is found there – quite literally a combination of crude oil and sand.

The oil sands are located in three different locations within Saskatchewan and Alberta – Peace River, Cold Lake and Athabasca – covering approximately 142,000 km² (640 mi²), which is more massive than Calgary. Mining only affects around three percent, which is about 4,800 km² (2982 mi²), and the area is reclaimed after use. Reclamation ensures a reduction in the effects of surface mining by repairing and avoiding repercussions to wildlife habitats, stabilizing slopes and controlling erosion and sedimentation, and guarantees that the land will be restored to a favorable end use such as commercial or residential development, agriculture, wildlife habitat or open space. Petersen says, “This procedure often returns land to a better state than it was before.”

About 20 percent of bitumen, crude oil, is located within 70 meters (or 200 feet) from the surface and can therefore be extracted using surface mining. However, that leaves 80 percent (135 billion barrels) to be extracted by in situ (in place) methods. In Alberta, from 2000-2013 the amount of steam assisted gravity drainage (SAGD) projects jumped from five to 16 and will continue to climb with the advancement of technology. In 2012, 52 percent, or 990,000 barrels a day, of the total crude bitumen produced was through in situ methods, and it is predicted that these methods will produce 2.2 million barrels a day by 2022.

One extraction method involves diluting the bitumen with naphtha, a precursor to gasoline, containing the same carbon number and building range, to create what is called dilbit, which has a lower viscosity than bitumen and can be transported via pipeline. The most common in situ extraction method is SAGD which involves two wells that are drilled vertically, then horizontally, and run parallel to one another. Water is heated to create steam at a neighboring plant and passed through the upper well, or steam injection well, and into the reservoir containing the bitumen. The heat assists in lowering its viscosity, and it is collected through gravity drainage in which it flows down into the production well and is pumped to the surface. Subsequently, the steam is pumped to the plant where it is treated and reused to generate steam once again.

The surface impacts for SAGD are similar to more traditional oil extraction processes with only about ten percent of the cumulative resource region being accessed. Although the amount of land actually being disturbed is small, it can still have a vast impact on the surrounding ecosystems based on the ecological importance of the land. A majority of the water, 90 percent of it, used in the SAGD process is recycled to be used in the process once again. That still leaves 10 percent to be disposed of, some of which consists of various pollutants and can be fresh or brackish – containing more salt than fresh water, but less salty than sea water. If not disposed of properly, it can be harmful to animal or plant life.

Where there is the harvesting of fossil fuels, there will always be carbon dioxide emission. As reported by the University of Calgary, bitumen pre-processing and development releases 110 kg per barrel (242.5 pounds) of carbon dioxide – three times more than crude oil development; however, SAGD processes only account for about half of that at 60 kg per barrel (132.2 pounds). Also, gasoline is used as an energy source in the creation of steam, and this process emits sulfur and carbon monoxide; the amount released is contingent upon the purity of the gas. To produce one barrel of oil from bitumen using SAGD, around a gigajoule, or 26 cubic meters, of natural gas must be used.

Additional harvesting methods for bitumen include vapor extraction process, toe-to-heel air injection, and an electro-thermal dynamic stripping process. Vapor extraction process involves the injection of propane or ethane solvents to thin out the bitumen; This method has lower energy costs and could be used in smaller reservoirs. However, this method is still in early stages of testing. Instead of steam, toe-to-heel air injection introduces hot fluid and pressurized air to the bitumen in order to reduce viscosity. This method uses less water and natural gas, is inexpensive and creates less greenhouse gas emissions. Another upside is that it can be used in deposits that have more shale, are deeper and thinner and have an overall lower quality. A highly experimental option, electro-thermal dynamic stripping process could be used to extract bitumen that is too close to the surface for traditional in situ recovery but too far to dig up. This method would use trace amounts of water and produce almost no greenhouse gases and involves the introduction of electrodes to heat the bitumen, lowering viscosity.

Once the bitumen has been harvested, it must be refined and upgraded. Approximately half of it is upgraded to make synthetic crude oil which has no residue and has very little sulphur (weighty components). There are two stages involved in upgrading the bitumen: hydrocracking or coking and hydrotreating. Hydrogen is added when hydrocracking, and carbon is removed when coking (either process can be used to break up the molecules). Then impurities must be removed, and the oil must be stabilized in a process called hydrotreating. Chemical catalysts, pressure and temperature are used to make smaller molecules out of bitumen’s large and complex ones. It is then refined to create heating oil, jet fuel, diesel and gasoline.

The oil sands benefit all of Canada by providing economic opportunity, growth and jobs to local communities. There are 170 billion barrels of oil in the Canadian oil sands and, although they are located in northern Alberta, the entire country is assisted economically by their development – services and supplies are purchased from all across the country, such as environmental monitoring and consulting, safety gloves, drill bits and steel, as well as transportation. Improved standards of living and population increases over the next 20 years will create a rise in energy demand.

Petersen states that the oil sands produce one million barrels a year and 145 billion liters daily based on supply and demand. (Canada is third on the list of countries with the most oil reserves; Saudi Arabia is second, the United States is eleventh and China is fourteenth.) She also mentions that “revenue provided to Canada is roughly [C$]105 billion but supports more than 500,000 jobs across the country and [C$]10 billion annually to governments.” However, she doesn’t think that number takes into account other industries where “oil sand families [are] spending their hard-earned oil money.”

Recently, the Canadian oil industry has had a major focus on environmental, social and governance (ESG) principles. Investors are not providing capital to companies that do not meet their ESG criteria. As the government increases carbon regulations, companies are falling in line by working to lower their carbon intensity per barrel and greenhouse gas emissions by investing in technology that supports these goals. Petersen believes, “As society demands different forms of energy… these companies can supply it.”

According to Alberta Environment and Parks, oil sands producers reduced greenhouse gas (GHG) emission intensity by 22 percent from 2011 to 2019. Petersen says large oil sands companies are transitioning “as the world wants green energy, and governments want the oil sands to lower their carbon footprint.” They are doing this by “utilizing new technology and innovation and working with governments to achieve new standards.” She discusses what she has researched about the “pathway to net zero,” and states that several countries, including her own, are working to reach the goal of net zero by 2050. She lists examples of new technology and innovation being utilized to achieve this goal: carbon capture pipeline, hydrogen reactors, molecular reactors… and biofuels.

Petersen speaks on the social impacts of the oil sands stating that she sees “Indigenous people working and prospering from economic interaction with oil sands companies by working for them indirectly as an independent company or for the oil sands itself.” She believes this contributes to “less racial negativity in this region… because Indigenous people are employed and educated, their standard of living is quite high, and social balance and normalization [are] created [in] that way.” She stresses that it is “a form of economic reconciliation.”

According to BMO Capital Markets and CAPP, oil sands producers have spent over $15 billion with Indigenous-owned businesses since 2012, including a record $2.4 billion in 2019 – just one group of many benefited by the Canadian oil sands. Additionally, in regard to gender equality, Petersen feels that it “is a moot issue in the oil sands [because] there is a large [number] of women working in the industry.” 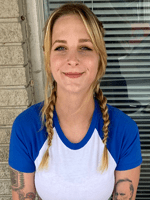 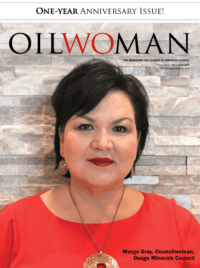