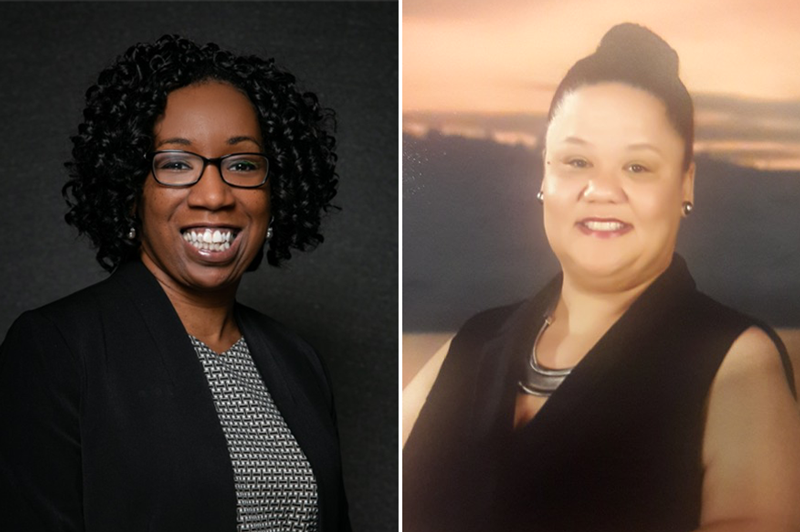 In 1985, Annie Lennox and Aretha Franklin belted out the anthem, “Sisters are Doin’ it for Themselves,” celebrating the power of women to lead in the world. But for millennia preceding that anthem, Black, white and other women of color had been a powerful force in shaping the world. The ongoing challenge is that this unlimited energy remains largely untapped, particularly in Black women.

According to McKinsey’s Women in the Workplace 2020: We talked to three Black women, who share how they use their power inside and out of corporate America.

On seeing the graph, Rita Waugh, Columbia chemical engineering graduate and Innovation Manager at Aera Energy, says, “It’s frightening but it feels true; it’s very alarming. You fight it both ways – the female battles and the POC battles. When I started in 2002, I was the only female and the only POC on my team.”

Being an “only” starts for many Black women before they enter the corporate ranks. Leonelle Thompson, director of Career and Professional Development at Langston University, Oklahoma’s only HBCU, left the oil and gas industry after 12 years as an accountant to help students prepare to enter the workforce. She’s concerned higher education fails to equip graduates of color with realistic expectations and skills for the real world.

“I think students believe corporate America is further along. Upon hearing company responses after George Floyd’s killing, they said, ‘Why are people having so many DEI workshops? Why wasn’t mandatory training already happening?’”

“Yet students aren’t having university experiences with diverse faculty. In a previous job, I had a Black freshman in First Year Experience class. She will never have another professor that looks like me, or [like] her. Think about how she won’t be prepared for a diverse workforce because of the professors she’s had. She won’t know and we don’t understand the impact of that.”

When Stephanie Galloway realized just how homogeneously white her company was, she was shocked. A chemical engineer, now a career and technical education teacher at Wunsche High School in Spring, Texas, Galloway describes seeing the real world at the headquarters of the specialty chemicals company where she worked for 20 years.

“I’m looking at this massive cafeteria and see 1,000 people having lunch and there are only 10 Black people, maybe. Am I at the wrong building? I called my mom [and said], ‘They have no Black people!’ It felt like a slap in the face. I knew the company wasn’t very diverse, but I didn’t know this. I thought, I will never be valued here.”

Galloway knows her decision to leave corporate life is not unique. “At the University of Delaware, Black females were a very small percentage of the engineering department. We were great students with plans to conquer the world, [to] be CEOs. The reality is many, most, Black women don’t stay. You don’t really know that, until you see it.”

Thompson believes paving the way as an “only” is a great burden to assume. “Sometimes the stress that comes with that is not worth it and we choose to leave the corporate world. You have to know that doing that is okay, too.”

Vic Brown, “My personal take is Black women have always prepared us to take on the world as it is, rather than the way we’d like to see it, which we see playing out in our political arena right now. While their fight to gain traditional levels of power may go unrealized, they always find ways to direct their power to teaching and guiding others.”

JoAnn Meyer, “This calling to raise people up was a common thread in our conversations. Galloway relayed her pride at being asked for the secret to her team delivering the highest quality and product yield.”

She said, “At the end of every shift, the operators changed equipment settings. I asked why. They said, ‘We’re resetting the equipment to comply with engineering orders.’ I said, ‘Let’s run it the way it needs to be run.’ Operators said they were never before asked for input. They needed to know I didn’t respect them less because they didn’t have a college degree.”

While some Black women leave, some, like Waugh, persevere, effecting change within the corporation. She describes the challenges of trying to help others during her almost 20-year career in the oil and gas industry.

“Black women want to be the protectors of lots of people; we’ve carried the torch helping other minorities. At Aera, the first diversity-related programs were women’s mentoring and a Black employee resource group (ERG) [that] provided the framework for the ERGs that followed. We’re compelled to be the voice of the Black race and are often designated by company management to be the champion of overall diversity.”

“The difficulty is Black women are expected to stand-up for all that are marginalized, challenging the status quo. These challenges threaten those protecting it, often making us targets to be removed. There are attempts to silence us and coaching to be less aggressive by the same people asking for help to change the culture. Attempting to modify company structures and behavioral norms in addition to doing our day job, tending to our own professional development needs, dealing with insecurities about where/how we fit in, and feeling isolated, is exhausting.”

Vic Brown, “It’s an uncomfortable truth that America has always relied on Black women to get things done. It’s common knowledge that the progress of the suffrage movement was founded on the power and sacrifices of Black women who then had to wait half a century to exercise the same right given to white women.”

Waugh struggled to trust a system and processes that produced very few diverse leaders and seemingly undervalued her leadership potential. She is encouraged that progress is happening as experienced when one former manager, using knowledge from unconscious bias training, sought her out.

“He seemed genuinely curious about my experience and how I had encountered bias during my career. He engaged in a very open conversation. He was empathetic and I felt I could trust him.”

While Galloway and Waugh describe having successful interactions on a small scale, involving trusted individuals, such as a manager and members of small teams, the women, along with Thompson, believe achieving real DEI requires corporate level, systemic change.

Thompson, who led the development of affinity groups a decade ago for an integrated oil and gas company, believes measurable, sustainable progress will only happen when DEI expectations are included in individual performance agreements.

“You can’t just remove supervisors and managers who aren’t actively enabling and facilitating DEI in the workplace. There’s work to be done and critical skills needed. But slow progress, disappointing results, and a 2018 Deloitte study showing 67 percent of millennials and Gen Zers believe management only pays lip service to DEI, indicate what we’ve been doing isn’t enough.”

“A performance management process with clearly defined, individual DEI expectations and consequences, and consistently applied accountability is a must. These will encourage supervisors to do more and do better rather than just complying.”

Just as oil and gas once released from deep underground becomes energy powering our world, how would our corporations and our society benefit from unencumbered Black women? Sadly, we still lack the drive to urgently seek out this power. And unlike those valuable underground oil and gas reserves, corporations don’t even have to drill to find power; they only have to open eyes and minds and get out of the way. 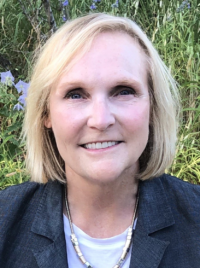 JoAnn Meyer is a change consultant with 30 years in the energy sector. To learn more about Meyer, visit www.previseconsulting.com and connect with her on LinkedIn at www.linkedin.com/in/joann-meyer-previse. 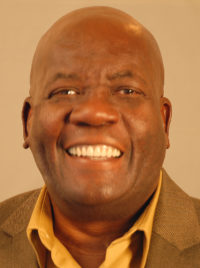 Vic Brown is a content writer and strategist for tech, AEC and other sectors. To learn more about Brown, visit
evictorbrown.com and connect with him on LinkedIn at www.linkedin.com/in/evictorbrown