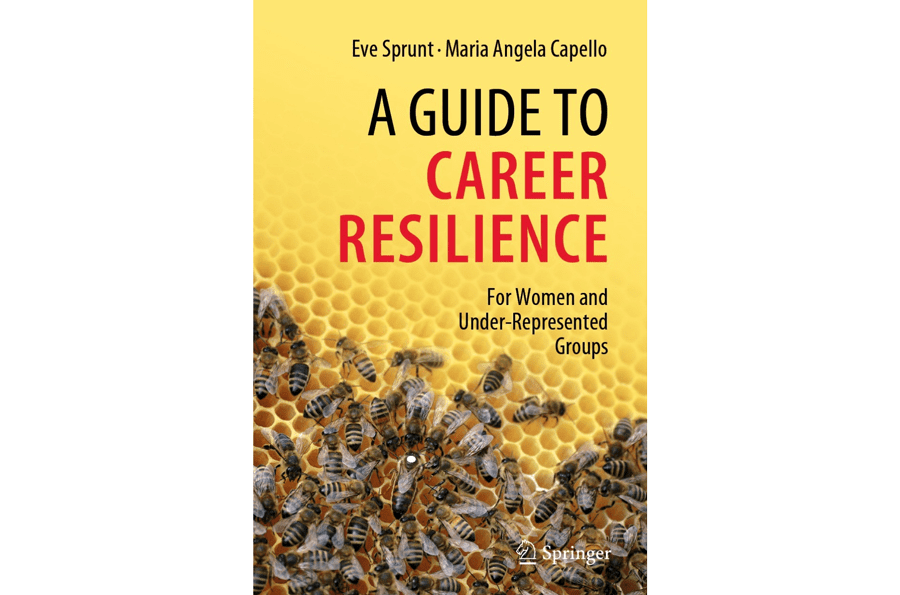 “When Maria Angela Capello and I wrapped up the first book we co-authored together, Mentoring and Sponsoring, Keys to Success, we knew there was a lot more we wished to explain about these critical processes. People love to share their successes, but there is much to be learned from what can go wrong and how people have survived unpleasant situations and come back stronger. Several of the people we wanted to interview for our first book politely declined for undetermined reasons or simply decided not to tell us why. We realized they were not comfortable revealing their own experiences with mentors and sponsors. This motivated us to focus on issues about mentors or sponsors that can adversely affect people. We have faced challenging situations, and we realized other very successful people who, even now, were reluctant to disclose their story have also struggled with difficult advisors and supporters.” (A Guide to Career Resilience, Springer 2022.)

We received many emails on the day our new book, A Guide to Career Resilience for Women and Underrepresented Groups, was published. The most gratifying message came from a woman whose story about being bullied by an older female boss was included in our book. After our conversation with her, Maria Angela and I discussed how deeply touched we were by her story. Many years after her traumatic experience with a queen bee, she was still suffering.

We were delighted when she emailed, “You have no idea how cathartic and liberating that call we had was for me – it’s not very often that we can afford to open up in a non-judgmental safe space and share stories that shaped and defined us. Thank you both very much for giving me, and others, that space!”

Bullies thrive on secrecy. They acquire power over us by tricking us into believing that we have done something wrong and shameful that should be hidden. Gaining the confidence to describe the inappropriate behavior and seek help is the first step to recovering from bullying. We are thrilled to be able to share her story and seek to help not only her but also many other people who suffer from bullying and other inappropriate workplace behaviors.

All of us need safe spaces in which we can discuss our most pressing problems with wise and trusted advisors. We were delighted that our interview with her served that function. Both Maria Angela and I have suffered bullying. The longer the bullying continues, the more the victim’s self-confidence is eroded and the longer the recovery. Quickly recognizing bullying behavior, labeling it for what it is, and taking action is important.

When we began writing this book, Maria Angela and I thought we knew each other well even though we had never lived or worked in the same location. We had collaborated, co-authoring many professional society papers and a book, but always remotely, leveraging modern technologies. Contemplating what we learned during the Zoom video conference interviews with our sources for this book, we realized how widespread bullying and other bad behaviors are. As we exchanged our draft chapters back and forth, one of us would add a personal example and the other would invariably be able to respond with the description of another relevant personal experience. We were familiar with the problems we had to surmount, but had somehow assumed life had been easier for others.

Victims of sexual harassment, bullying and/or discrimination often feel isolated and fear that they are somehow at fault. We hope our book will encourage everyone to recognize that their behavior is not responsible for the inappropriate behavior of an aggressor. They are the victims! The sooner a bully’s prey seeks help the better. However, if you are suffering under a bully, it is important to be careful where you seek organizational assistance. There are critical differences between an organization’s ombudsman programs and its human resources groups. The former is there to help employees and the latter is there to serve management.

Bullying and sexual aggression are timeless problems that will continue to create trouble. Being able to accurately describe and label different types of bad behavior makes it easier to get help. Members of underrepresented minority groups may encounter more difficulties finding role models and empathic ears to listen to their problems.

One of our chapters focuses on “Queen Bees.” These women, like the insect queen bee, do not tolerate competitors. They perceive other ambitious women as competitors who should be eliminated. Both Maria Angela and I have experienced situations in which a human queen bee created problems for her subordinates. For the cover of our book, we chose a picture of a queen bee surrounded by members of her court. There can only be one queen bee in a hive. No competitors are tolerated. Be careful if you know anyone like that.

The problems we discuss with bullies and sexual aggression are not new. I’m working on a memoir/biography of my mother, Ruth Chew, who became a best-selling children’s chapter book author in the 1970s, but began working as a commercial artist in the 1940s in Washington and New York. My mother’s diaries describe in detail the pervasive sexual harassment and bullying she faced.

We hope our new book, A Guide to Career Resilience for Women and Under-represented Groups, helps people recognize and accurately describe their problems so that they can escape toxic situations before their career and their self-esteem suffers. We must learn to recognize how we are being manipulated and limit a bully’s power over us. The more quickly you can identify and accurately name bad behavior, the faster you can remedy a bad situation. 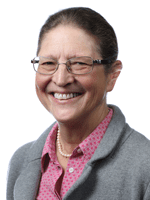 Dr. Eve Sprunt, the first woman to receive a Ph.D. in geophysics from Stanford, was the 2006 SPE President. In 2010 she received SPE’s highest recognition, Honorary Membership. She has 35 years’ experience working for major oil companies (21 years with Mobil and 14 years with Chevron). Sprunt received the Achievement Award from the Society of Women Engineers in 2013. She was the 2018 president of the American Geosciences Institute. Founder of the Society of Core Analysts in 1985, her S.B. and S.M. degrees are from MIT (earth and planetary sciences). Sprunt has authored more than 120 editorial columns on industry trends, technology and workforce issues, 23 patents and 28 technical publications. She is the author of A Guide for Dual-Career Couples and Dearest Audrey, An Unlikely Love Story, and co-author with Maria Angela Capello of Mentoring and Sponsoring: The Keys to Success. She speaks and consults on both energy and women’s issues. Currently, she and Capello are working on a book about the dark side of mentoring and sponsoring. To share your experiences confidentially, contact evesprunt@aol.com. www.evesprunt.com 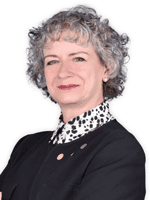 Maria Angela Capello is a renowned leader and author in the energy sector. She is a Cavaliere dell’Ordine della Stella d’Italia (Knight of the Order of the Star of Italy), the highest civil honor conferred by the President of Italy, “for her outstanding career in the energy and hydrocarbons sectors.” She is an Honorary Member of the Society of Petroleum Engineers (SPE), the top individual award of the SPE, and serves on the Board of Directors of the Society of Exploration Geophysicists (SEG). Capello is a physicist from the Universidad Simon Bolivar (Venezuela), and holds an M.Sc. from the Colorado School of Mines (USA). Her passion is to propel women and young professionals into leadership and sustainability. 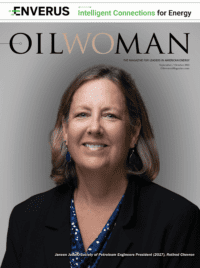