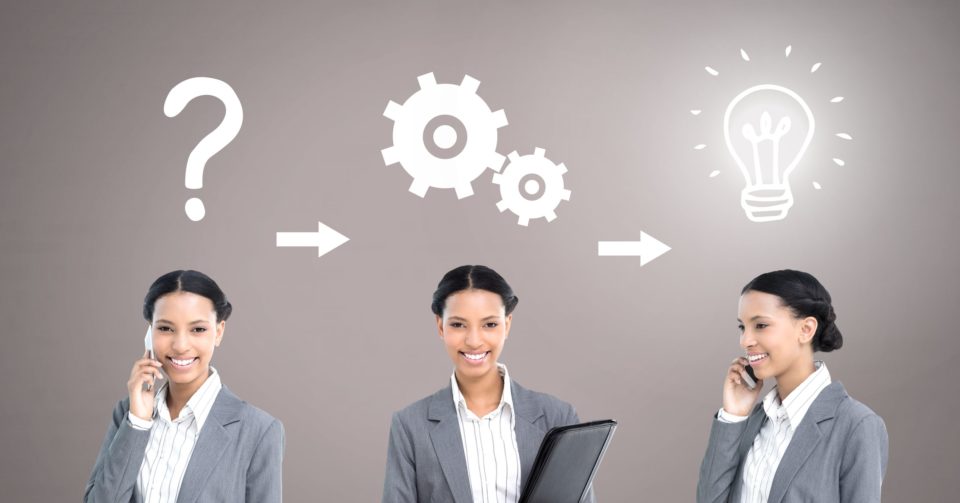 About 10 years ago, my then employer set up the Women’s Leadership Network, an internal employee resource group established to improve the experiences of women in the workplace and address gender biases they might face within our predominantly male industry.

I didn’t understand the need for such a group. “Why do we (women) need to alienate ourselves from the men? Isn’t that causing more problems?” I asked.

I didn’t attend these sessions for a few weeks, which prompted a colleague in HR to contact me. She expressed surprise at my non-attendance, given all the work I had done as a STEM ambassador, talking to children in schools about engineering and why there is a need for more diversity within such careers.

She prompted me to at least attend one session before passing judgment; and so I did, albeit skeptically. In it, we watched a TED Talk by Facebook’s Sheryl Sandberg. It was here that I started to understand the systemic issues that beset women from progressing in male-dominated industries, as she put into perspective the situation using somber statistics and personal stories.

As I began working in more managerial roles, I soon began to relate more with what was articulated in those sessions and became more attuned to the structural issues that stymied meaningful progression.

I reflected on my initial reaction to the concept of the Women’s Leadership Network and could understand, firsthand, the phenomenon of “diversity fatigue” – a phrase coined in the 1990s that described the “exhaustion” that arises around diversity and inclusion debates with little to no effect.

Writing in Forbes, Janice Gassam Asare, author of Dirty Diversity, comments, “When employees have doubts regarding the validity of a diversity and inclusion program, this only makes change more difficult.”

What is Going Wrong?

Companies are increasingly investing a lot of time and money into their diversity initiatives.

Research by Catalyst found that 82 percent of its member companies have a specific budget for diversity programs and activities ranging from $10,000 to $216 million. A study by the Society of Human Resource Management (SHRM) reported diversity budgets at Fortune 1000 companies average around $1.5 million per year.

Money invested in such initiatives have increased vastly since the days when DEI was simply part of an organization’s HR department and the average annual budget allotted to such initiatives was only $239,000.

Yet the needle has barely moved in terms of progression. The statistics have not improved with additional investment backed by good intentions.

In 2017, Vestas announced that it aimed to reach equal gender distribution no later than 2021.

How did it fare? Today, its board is comprised of one third of women. So, while there’s been improvement, it has fallen short of its DEI pledge. With many organizations failing to achieve their DEI goals and making huge investments, it’s not hard to see why so-called diversity fatigue persists.

In surveys carried out by McKinsey, CEOs confided that despite implementing all the best practices, the numbers aren’t moving nearly fast enough, despite the huge amount of energies being invested in these initiatives to make a positive change.

Why Aren’t DEI Initiatives Having the Impact Expected?

When I spoke to Lee Jourdan, CDO at Chevron, previously, he said that mandatory initiatives are ineffective. Rather, he advocated that diversity, equity and inclusion growth form part of an organization’s annual performance review so that success (and failures) can be made transparent and fully accountable. Furthermore, he suggested that increased awareness in this area needs to be embedded into senior roles, so that it becomes an essential part of career progression and leadership. Changemakers, therefore, become personally invested in the delivery of such initiatives.

In reality, not enough leaders are being held accountable for the efficacy of their DEI actions (less than 20 percent according to a McKinsey survey). Instead, it has been treated as a performative, tick box exercise whose efficacy isn’t measured or evaluated stringently in concrete terms. This needs to change. Words need to be ratified by actions, and the efficacy of those actions must be held up to greater scrutiny from employees and stakeholders to clients and customers.

We also need to recast what the term “diversity” actually means. Rather than attributing it to the marginalized (Black, LGBT+, disabled), it should be all encompassing in order to be truly inclusive. This doesn’t mean taking the focus away from where it is needed; it is about widening the lens so that everyone has a place within DEI initiatives and feels invested in them, in order to contribute a meaningful way.

There is, of course, an economic reason for ensuring the successful delivery of DEI initiatives. Companies in the top quartile for gender diversity are 15 percent more likely to have financial returns above their respective national industry medians. Furthermore, an organization’s DEI initiatives may influence talent acquisition, employee engagement and retention.

Just as conscious consumerism is becoming the key driver for purchasing decisions, so, too, will applications for jobs be influenced by how seriously organizations treat CSR and manage DEI initiatives on their own doorsteps. It becomes a barometer for how fair an employer truly is, and how committed they are to improving practices. This will be key to attracting a diversity of talent now and in the future.