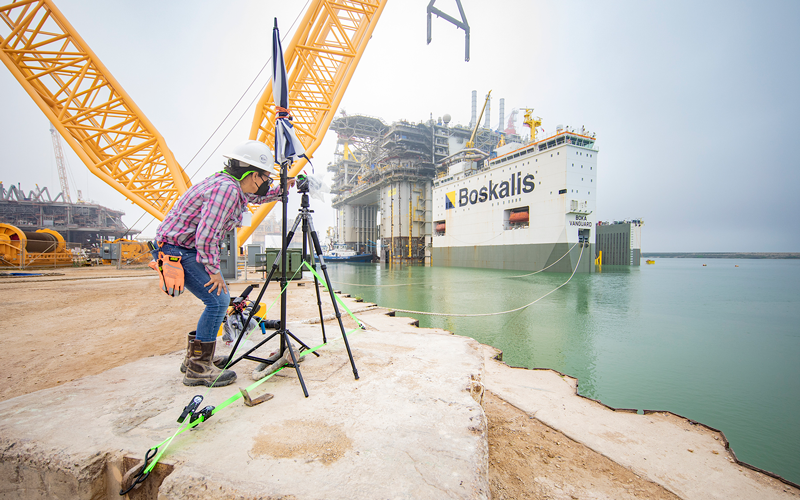 I’d like to preface this by stating my version of “A Day in the Life” is never a “day.” Working in the energy sector, it’s more like “many days of a single project.” Along with being a drone pilot, I also shoot video, interviews and b-roll (supporting footage) to accompany most of my projects.

Preparing to shoot a project starts days before the first shot has ever taken place. A very important part of my job takes place in the pre-production phase. During this stage, we have many conversations with the clients, to make certain we understand exactly what the scope of work entails. We prepare our flight maps to make certain we are aware of all hazards, maximum flight ceiling and whether we have to issue a Notice to Airmen (NOTAM) to the Federal Aviation Administration (FAA), which alerts aircraft pilots to potential hazards (such as a drone) along the flight path, before commencing the project. We then have to acquire secondary insurance which covers each individual flight location over and above our primary liability insurance.

We operate three different models of drones; the one we use for a job depends on which one is best for a particular application. The various models utilize different batteries, filters, lenses, controllers and monitors. We carry three totally different kits thus allowing us to always be ready for almost any challenge that is thrown at us.

Prepping for flight consists of charging all the batteries, running a systems check for possible drone firmware updates, camera app updates, etc. Then I take the drones for a flight test and make sure there are no issues with the drone camera. I pack my gear, which consists of a video camera and still (photo) cameras, tripods, sound kit, lenses, batteries, chargers, media cards, hard drives, laptop, drone kits, miscellaneous tool kit, cables, hard hat, steel-toes and a few carts to move all this through the hotel hallways. 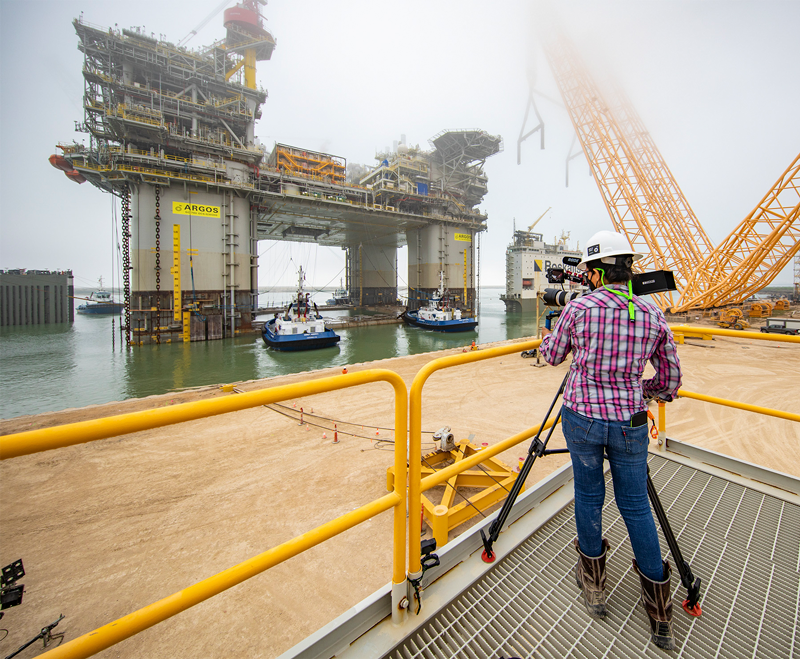 7:00 am – I’m at home in Austin and receive final confirmation for the arrival of bp’s newest asset, Argos – aka Mad Dog 2. I was expecting this call any minute, so my gear is packed and the gas tank to my vehicle is full. The call comes in that Argos is two days out. We load up and start the three and a half hour drive to Ingleside, Texas.

6:30 am the following day – I arrive at Kiewit (KOS) in Ingleside for site orientation, which lasts about five hours, then I need to scout both the KOS site and surrounding area for drone operations: launch, land, etc. This also includes monitoring weather at each location. I introduce myself to another drone team that will be working at the site and exchange phone numbers for constant contact since we’ll be operating on the same day(s). Before the day is over, I follow up on the status of Argos and am told it is slated to enter Aransas Pass sometime between 12:00 pm and 3:00 pm the next day. That being said, I need to be at the first drone location at least by 8:00 am. Even with Argos slated for afternoon arrival, things can change and it’s always best to give yourself more than enough time to make adjustments, if needed.

1:43 pm – The arrival is delayed another two days due to non-ideal weather, including heavy fog, wind and choppy seas. During this time, we head to the KOS site for capturing interviews and b-roll of those involved with the Argos project and the arrival logistics.

2:20 pm – Argos is finally approaching the jetty and I power up the drone. I go through the preflight checklist, have the drone hover a short while, then head up and out. Argos is huge and traveling about eight knots/hour, which means I will have about seven to 10 minutes to capture both photos and video. After Argos has passed a certain point, it’s time to pack up and head to the second location, which is about a 20 minute drive. Once there, I pull out the drone landing pad, assemble the drone and run through the preflight checklist again.

It never fails – as soon as the drone comes out, so do onlookers who want to ask me questions. If there’s time, I’ll chat with them for a few minutes, then kindly ask them to refrain from asking any more questions until the drone operation is complete. Again, I capture photo and video, land the drone, go through the post-flight checklist, pack up and head to the final location at the KOS site. By the time we arrive, Argos is quayside with the sun shining on it which is always great for photo and video capture. Once again, I run through my drone operation set up, capture photos and video, and call it a day. I head to the hotel to download media cards, re-charge batteries and prep for the next day, when there will be more interviews and b-roll.

2:00 am – Argos arrives via the vessel Boskalis Boka Vanguard and now it’s time to capture the ballasting and floating production unit (FPU) float off. This process will take hours, starting at 2:00 am and finishing by 5:00 pm or possibly earlier. Very slow processes are not conducive to using a drone; however, time-lapse capture would be perfect. After arriving at the KOS site five hours before sunrise, we set up multiple cameras. There is light rain, so one camera is wrapped in plastic and the other is covered by an umbrella. Throughout this process, we constantly check on the camera’s status (battery and media storage), which means taking five flights of stairs each time – good exercise! Once the FPU is mooring, I bring the drone back out for more photos and video. Then it’s time to head back home and start the process of editing a completed piece. 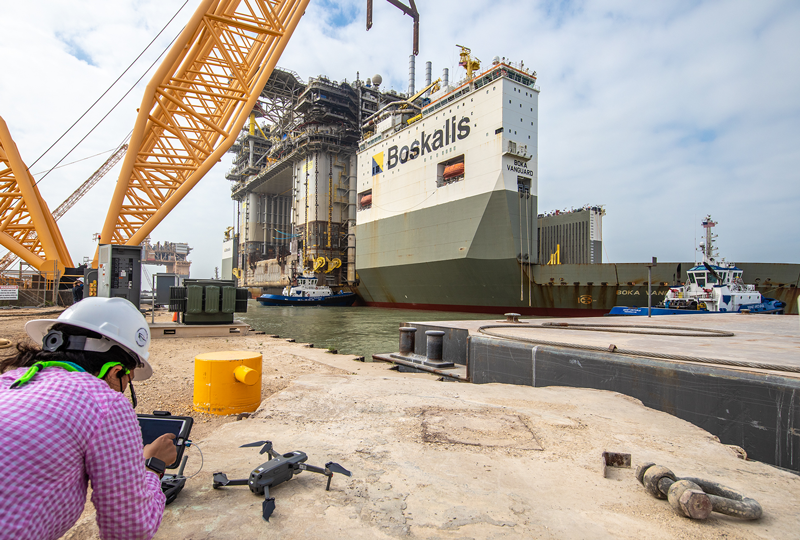 For me, post-production always starts before a project is finished. At the end of each day, media is downloaded into three hard drives: the main one and two back-ups. Photos and video are cataloged by dates, item captured and so on, then ingested into Adobe Premiere for video and Lightroom for photos. All this takes time, so while my laptop is running these tasks, I’ll either have a meal, start on any other prep work for the next day or my favorite – have a siesta! That way, once I’m back at the office, most files will be ready for me to assemble a first edit. There will be rounds of edits sent to the client for feedback until everyone on the comms team has signed off and the final edit, which includes different edits for both internal and external, is ready to be published.

Once I’m back home, I work on my edits and coordinate the logistics for my next adventure. My 75 pound pup, Ella (after Fitzgerald), a hound/pit mix I adopted this summer, is nudging my elbow the entire time, reminding me that, while I love my job, there is more to life than just work. 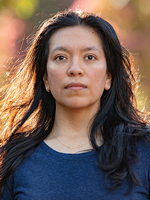 Drone Pilot and Director of Photography

Yesenia Rodriguez is a drone pilot and director of photography with experience in corporate videos and documentary films. She prides herself on being friendly, easy to work with and also able to produce high-quality and effective videos. She is based in Austin, Texas, and splits her time between work and exercising with her dog, Ella. www.yeseniarodriguez.com.