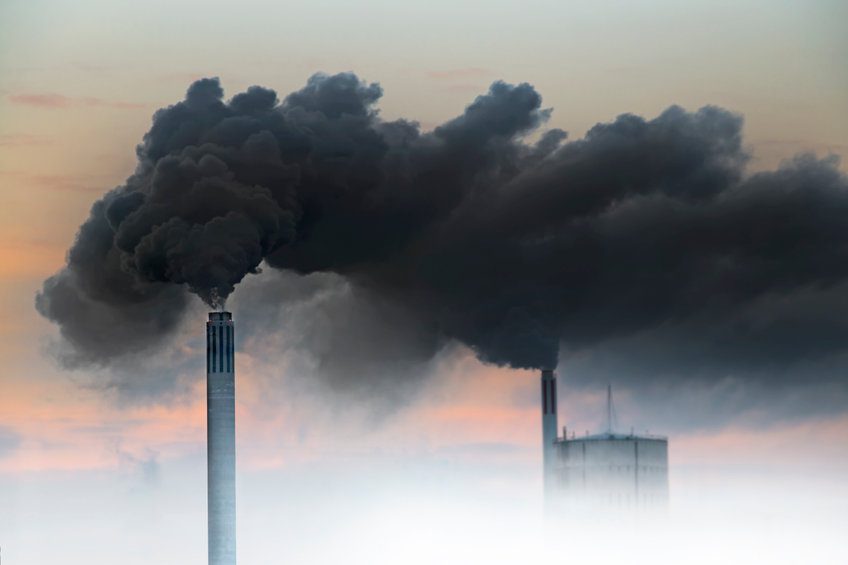 The strategy was brilliant but simple—rather than attacking heavily fortified and defended Japanese island bases like Rabaul, and suffer losses of men and equipment in high casualty battles, the allied forces would instead establish control of lightly defended islands that it could use to dominate and control Japan’s overextended supply lines to basically starve out the enemy by cutting off its critical supplies.

Why not use this model—at least in part–to attack climate warming and climate change issues?

A strategy like that may lend well to findings from this recent study on super-polluter power plants.

One can get a sense of the super polluter outliers by looking at a few of the graphics in the study. For reference, the blue spikes represent power plants powered by coal, yellow shades are plants fired by natural gas, and the height of each spike is proportional to its total CO2 emissions.

The red spikes represent power plants that are way above the norm in terms of their CO2 output.

The ten worst power plant polluters are distributed throughout the world and have excess CO2 emissions of 40-75% compared to their peers.

According to the study, the Belchatow and Taichung facilities emitted more CO2 than the entire country of Switzerland.

In the United States, Japan, South Korea, Germany, and Australia the top 5% of polluting powerplants were responsible for 75-90% of all CO2 emissions derived from electricity generation.

Taken as a whole, the world’s top 5% of polluters contributed 73% of all CO2 emissions related to electricity generation.

The top polluting facilities rely on low-quality coal (Belchatow burns brown coal) or are old and inefficient. If they were updated and converted to burning natural gas, world CO2 emission from electricity generation operations could be reduced by nearly 30%. Since coal fired electricity generation accounts for 30% of global CO2 emissions, global CO2 could be reduced by nearly 10% if these plants were converted to using natural gas. That would be huge.

Here’s my point related to MacArthur’s strategy—we can and should target specific issues like highly polluting coal fired plants. If we can do this, we can achieve quicker CO2 reduction results that sustain the momentum towards a global solution and buy some time for all industries to implement emission reduction strategies that are needed.

How can we deploy this strategy to the oil and gas industry?

Unless, or until electric vehicle (EV) buying patterns quickly overwhelm purchases of internal combustion automobiles, the CO2 footprint of oil and gas attributable to transportation fuel use will continue for a couple of decades. Addressing this will require huge policy changes, financial complications, and commitment.

However, one thing the industry can focus on, and address, is methane emissions from oil and gas field operations.

Methane is 84 times more efficient at trapping heat than CO2 and accounts for about 25% of known planet warming.

Below is the EIA’s graph of contribution by industry sector. 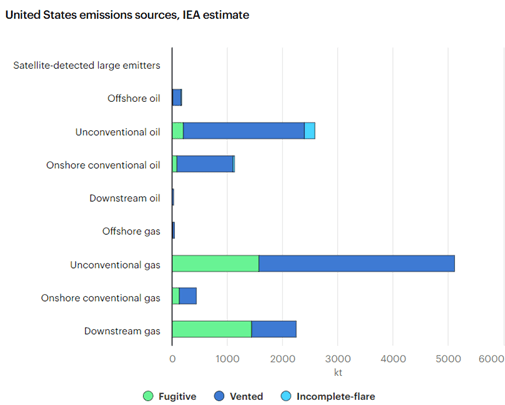 Like it or not, the majority of methane emissions are attributable to unconventional plays.

Cutbacks on flaring have gotten a lot of coverage, and with increasing natural gas pipeline capacity, flaring issues will decrease over time.

For large, well-capitalized companies, the financial incentives to fix the problem are clear. In the face of growing Environmental Social and Governance (ESG) awareness in the public markets, public companies help defend their valuations by clearly identifying their problem areas and executing plans to remediate them. Since methane has clear market value, preventing leakage increases deliverable cargoes of natural gas and therefore improves the bottom lines.

And for these large companies, they have the financial muscle to both identify and fix their emissions outliers.

For smaller companies, however, identifying problem emission sites and then remediating them is an economic challenge, especially if they do not have access to public markets or friendly financiers.

Satellite imagery is rapidly expanding our understanding of the locations of methane leakage.

Drones are being used more and more to identify transmission line and tank battery problems.

But even as it may get easier to identify problem sites, it’s not necessarily getting less expensive for smaller operators to use these technologies.

Although the newly proposed infrastructure bill allocates $21 billion to, in part, plug orphan wells and $73 billion to “green” our power infrastructure, it’s not clear that there’s any federal help for funding methane leak detection or remediation.

But that’s still 15 months away.

If the infrastructure bill can be re-positioned to help fund industry access to for-profit methane leak imagery and to also provide either direct funding for leak repair or some tax remedies for these expenditures, we can really step up to help lessen the impact of methane leakage.

But if we use the MacArthur strategy—by targeting the small number of super polluting power plants to switch over to natural gas, and by making it easier to identify and fix methane leakage sites, we can achieve hugely meaningful progress in slowing climate warming. 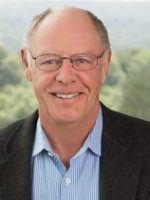 Mark Nibbelink is a Co-Founder of Enverus and serves as the company’s Director of University Outreach. Before co-founding Enverus (formerly Drillinginfo) in 1999, Nibbellink had a long career as a prospect geologist at Gulf Oil before beginning work as an independent geologist. Nibbelink is responsible for quality control and data integrity. He received his Bachelor of Arts in geology and his master’s in geology and geophysics from Dartmouth College.

Over $30m in Trucks and Oilfield Equipment Sold at Auction